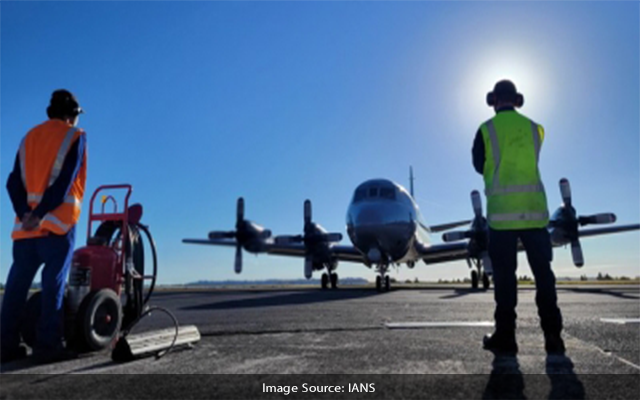 Wellington: A New Zealand Air Force C-130 Hercules departed for Tonga on Monday to airdrop fresh water and other essential supplies, as the Pacific island country suffered from a serious tsunami following a major volcanic eruption.

The plane loaded with provisions to Tonga is requested by the Tongan authorities which said water supply had been severely affected in the fallout from the eruption, according to New Zealand Prime Minister Jacinda Ardern.

The C-130 Hercules is the second New Zealand aircraft leaving for Tonga after a P-3K Orion aircraft left Base Auckland on Monday morning to assist in an initial impact assessment of the area and low-lying islands, reports Xinhua news agency.

New Zealand Defence Minister Peeni Henare said: “There is still no time frame for the reconnection of communications with Tonga,” as communications are being repaired after the main undersea cable had been impacted.

“We are working hard to see how we can assist our Pacific neighbours after the volcanic eruption near Tonga,” said a statement of the New Zealand Defence Force.

The New Zealand National Emergency Management Agency has issued a national advisory to cancel a warning on tsunami activity in the country.

The advice, based on ocean observations, is that the beach and marine threat has now passed for all areas, the agency said.

Strong and unusual currents and unpredictable surges will continue for up to another 24 hours in some locations around the entire country.

People should remain vigilant and take extra precautions with regards to beach and ocean activities, it said.

New Zealand has pledged to provide support for Tonga following the volcanic eruption that sent tsunami waves crashing onto the Pacific Island.

Ardern told reportes that her government has made an initial sum of NZ$500,000 ($340,000) available to provide assistance to Tonga.

The tsunami had a significant impact on part of the foreshore of Tonga, with boats and large boulders washed ashore and shops along the coast damaged, said Ardern.

Along with the two aircraft dispatched, New Zealand was considering the deployment of a naval ship should it being needed, she said, adding the government was waiting to hear from the Tongan authorities about what was needed.