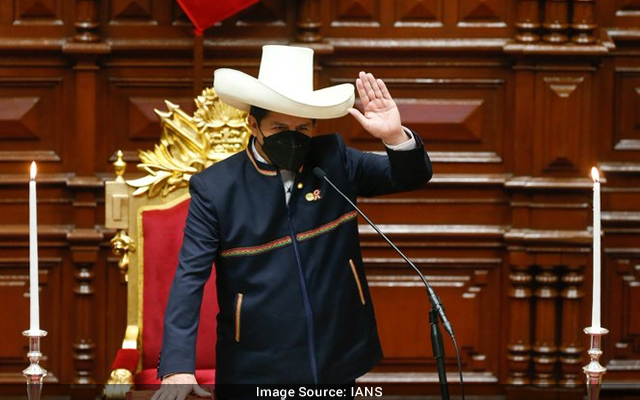 Lima: Pedro Castillo has been sworn in as the new President of Peru, after weeks of uncertainty following defeating a right-wing rival in a hard-fought presidential runoff.

“It is the first time that our country will be governed by a peasant, a person who, like many Peruvians, belongs to the sectors oppressed for so many centuries,” Castillo said in his first speech as President on Wednesday after he was sworn in.

A former Marxist village schoolteacher, he announced a series of reforms, including drafting a new Constitution, after receiving the presidential sash from the highest authority in parliament as the Presidents of Argentina, Bolivia, Colombia, Chile and Ecuador looked on.

Priorities for his government include fighting the pandemic, economic recovery, education, and creating a ministry for science and innovation.