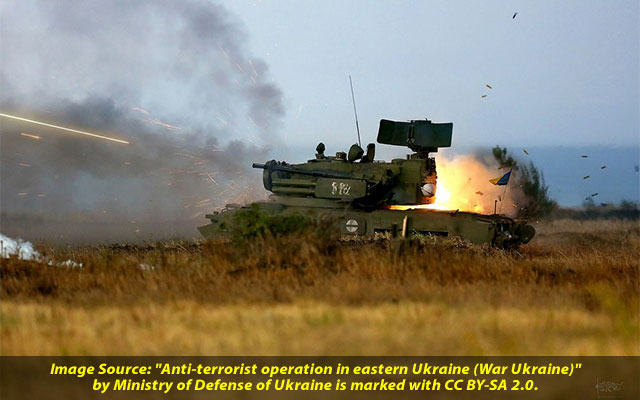 If generals are to succeed in the eyes of their political masters, they need to be given clear guidance as to what success will look like. “Tell me how this ends” General David Petraeus, who commanded the US 101st Airborne Division, had wanted to know before the invasion of Iraq in 2003. Unfortunately for Ukraine, President Putin has outlined clear strategic and political objectives for his senior leadership in Ukraine in a way that the then US president, George W. Bush, never did in Iraq.

In his “declaration of war” speech to the nation on February 24, Putin set out the objectives of his “special operation”: his goals were to “strive for the demilitarisation and denazification of Ukraine”. The Russian president spoke of creating “the necessary conditions … despite the presence of state borders, to strengthen us … as a whole”. In other words, Putin is deliberately blurring the distinction between Russia and Ukraine.

We have seen absolutely nothing in their campaign so far to indicate that the strategic objectives have changed – decapitation of the Ukrainian political leadership, defeat of the Ukrainian armed forces and the destruction of Ukraine as a functioning independent state. In the words of the Ukrainian president, Volodymyr Zelensky, “they want to break our nationhood”.

So how then will the Russian high command achieve these goals? In the early 19th century, strategist Karl von Clausewitz advised that only “by constantly seeking out the centre of his power, by daring all to win all, will one really defeat the enemy”. Zelensky has defined himself – and by extension his government – as that “centre” with every stirring, epoch-making speech he makes.

The immense power of Russian electronic intelligence will therefore be directed at locating him. Undercover commando units have been directed to find and assassinate him. Spies have been working over the past months to acquire contacts within the president’s circle and bribe, threaten or otherwise force betrayal.

This effort has palpably (so far) not succeeded – unlike US efforts to penetrate the group of advisers closest to Putin. If special forces, spies and electronic wizardry fail, Russian air power and artillery will try to succeed by obliterating every possible hiding place.

So on to the second of Putin’s aims – “demilitarisation”. Clausewitz goes on to say: “Still, no matter what the central feature of the enemy’s power may be – the point on which your efforts must converge – the defeat and destruction of his fighting force remains the best way to begin.” It is indeed the best way to begin – but the Russians have failed to achieve this yet.

Were this a US or Nato campaign, no soldier would have crossed the border until every aircraft in the Ukrainian inventory, every radar, every element of the Ukrainian air defence system had been destroyed. After that, the air forces would get to work on destroying the deployed enemy army as far as possible. Only then would troops cross the border to complete the destruction of the enemy fighting force.

Russia did not do this sequentially. Instead they tried and embarrassingly failed to achieve these elements concurrently. Whether this is due to overconfidence, incompetence, corruption – or a combination of all three – military analysts are baffled by the planning failures of the “special operation” so far.

Russian air power has been conspicuously scarce and much touted Russian “combined operations” skills equally conspicuously absent. The Russian failure to properly plan logistics and supply systems is clear to even the most casual observer.

Once they sort out these problems the Russian campaign will be directed primarily, though not exclusively, towards Kyiv. Given the vast medieval-style siege train lumbering towards the city, it is no surprise that the Russian ministry of defence has warned that strikes “are being prepared”.

The aim is to remove the symbolic heart of the country. Russian commanders rightly sees the city as embodying the Ukrainian state as a functional political entity. They will begin by destroying Ukrainian military and intelligence hubs to disrupt Ukrainian military command and control. Russian failure to strike these targets early in the war means that these buildings will now be unoccupied.

Media targets will be struck, denying the ability of the government to lead and inspire and enabling the Russians to attempt to spread disinformation and confusion. This was clearly the reason for the attempted destruction of Kyiv’s signature TV tower March 1.

Since they have not managed to end Ukrainian armed resistance, Russian commanders will default to the approach (it cannot be called a strategy) we saw in Grozny in 1994 and 1999 as well as the Russian involvement in Aleppo in 2015-16 – among many other places.

This means bringing Kyiv under siege, blockading and starving the population, and shelling and bombing indiscriminately. The criminal logic behind this relies on a complete elimination of any western notions of restraint or discrimination in targeting civilians. This will not merely last a week or two. If unchecked, we are looking at an operation of many months.

The idea is to break the will of the people to resist. There is no other possible purpose for the kind of weapons that are being brought up for deployment – notably the heavy artillery, thermobaric rocket launchers and attack helicopters. All of these weapons systems may well be used against enemy armed forces on the battlefield, but in a city of 3 million people, there can be no legitimate military purpose – unless one considers that terrorising a civilian population into total submission is legitimate.

Unfortunately recent Russian military history would tend to indicate that they believe legitimacy to be irrelevant. So much for Russian strategic goals. The Ukrainian armed forces backed by a united population and supported by a surprisingly strong international coalition will have something to say about whether they achieve them.