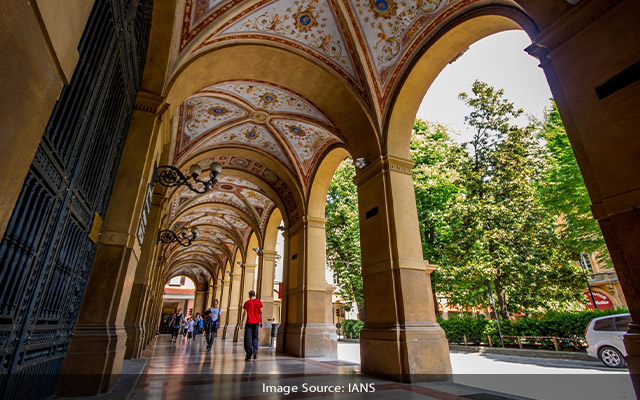 Paris: The World Heritage Committee has added four cultural sites, located in Russia, Italy, Slovenia and the UK and one natural site in Africa to the Unesco’s World Heritage List.

The additions made on Wednesday were decided the extended 44th session of the World Heritage Committee held online and chaired from Fuzhou, China, which is examining nominations from both 2020 and 2021, according to a Unesco statement.

In Russia, “Petroglyphs of Lake Onega and the White Sea”, containing 4,500 petroglyphs carved in the rocks during the Neolithic period dated 6,000 to 7,000 years ago, is one of the largest such sites in Europe with petroglyphs that document Neolithic culture in Fennoscandia.

The serial property encompasses 33 sites in two component parts 300 km apart: 22 petroglyph sites at Lake Onega in the district of Pudozhsky featuring a total of over 1,200 figures and 3,411 figures in 11 sites by the White Sea in the district of Belomorsky.

“They show significant artistic qualities and testify to the creativity of the Stone Age,” said the committee.

In Italy, the “Porticoes of Bologna” comprises 12 component parts consisting of ensembles of porticoes and their surrounding areas built from the 12th century to the present.

“Together, the selected porticoes reflect different typologies, urban and social functions and chronological phases. Defined as private property for public use, the porticoes have become an expression and element of Bologna’s urban identity,” said the committee.

The urban design work of Joze Plecnik carried in Ljubljana, capital of Slovenia, between World War I and World War II were inscribed on the list as it consists of a series of public spaces and public institutions that were sensitively integrated into the pre-existing urban, natural and cultural context and contributed to the city’s new identity.

The committee noted that “it is an exceptional case of creating public spaces, buildings and green areas according to the vision of a single architect within a limited time, the limited space of an existing city, and with relatively limited resources”.

The Slate Landscape of Northwest Wales in the UK became a World Heritage site as it “offers an important and remarkable example of interchange of materials, technology and human values”.

The territory, extending from mountain-top to sea-coast, presented opportunities and constraints that were used and challenged by the large-scale industrial processes undertaken by landowners and capital investors, which reshaped the agricultural landscape into an industrial centre for slate production during the Industrial Revolution (1780-1914).

The new natural site is Ivindo National Park situated on the equator in northern Gabon. The largely pristine site encompasses an area of almost 300,000 hectares crossed by a network of picturesque blackwater rivers.

It features rapids and waterfalls bordered by intact rainforest, which make for a landscape of great aesthetic value. The site’s aquatic habitats harbour endemic freshwater fish species, 13 of which are threatened, and at least seven species of Podostemaceae riverweeds, with probable micro-endemic aquatic flora at each waterfall.

The committee also approved an extension to the existing transnational World Heritage site of “Ancient and Primeval Beech Forests of the Carpathians and Other Regions of Europe”.

The property now comprises 94 component parts across 18 countries and “represents an outstanding example of relatively undisturbed, complex temperate forests and exhibit a wide spectrum of comprehensive ecological patterns and processes of pure and mixed stands of European beech across a variety of environmental conditions”.