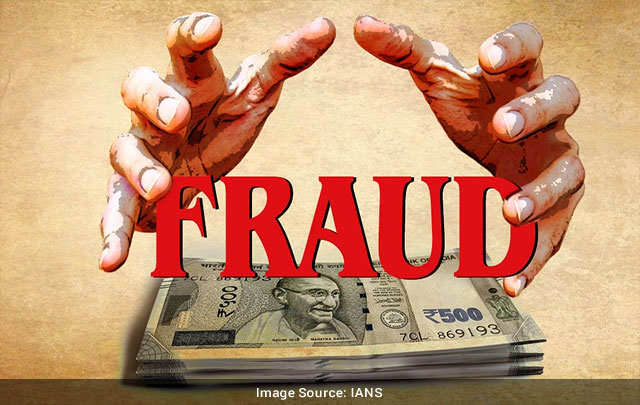 New Delhi: The big crackdown on fake GST input tax credit (ITC) filers launched by tax sleuths over the last couple of years has provided rich dividends with the CGST zones and the Directorate General of GST Intelligence (DGGI) booking about 8,000 cases of fraud involving fake input tax credit (ITC) of over Rs 35,000 crore in FY21.

Misuse of the beneficial provisions of ITC under the GST regime is the most common modus of evasion under the GST Law. The field formations of the Central Board of Indirect taxes and Customs (CBIC) have been regularly detecting such cases from the very beginning of the GST regime. But the success rate has improved over the last couple of years.

In FY21, 426 persons, including 14 professionals such as CAs, lawyers, beneficiaries, directors etc., were arrested. Considering the high proportion of fake ITC availment and utilisation, a nationwide special drive against fake GST invoices was launched on November 9, 2020, which is still continuing.

This drive slowed down due to the Covid pandemic and related safety concerns over the past two to three months. But with the gradual lifting of lockdown and improved Covid-19 situation in different parts of the country now, the department has resumed the drive in a coordinated action at the national level.

The crackdown by the Directorate General of GST Intelligence and all the Central GST formations against the fraudsters responsible for causing loss to the government exchequer has gained momentum during this month.

In this nationwide drive against unscrupulous entities, the DGGI and CGST Zones under CBIC have during the current financial year detected more than 500 cases involving 1200 entities, arresting 24 persons. The number of arrests made by the officers of CBIC is one of the highest in recent times.

CBIC officers are using the latest IT tools, digital evidence and also collecting information from other government departments to catch the fraudsters. Along with legislative and procedural changes in the law, the nationwide drive has contributed to better compliance and revenue collection. During the drive, cases of fake ITC availment against some well-known companies were also booked.

Some of the notable cases booked recently include a case by the DGGI Nagpur Zonal Unit against three firms involved in passing on fraudulent ITC to the tune of Rs 214 crore and claiming refund of accumulated ITC in a fraudulent manner.

These firms had submitted fake rental agreements and fake electricity bills and they existed only on paper without any business activities having taken place from their registered place of business. These firms were showing exports of a common product, i.e., smoking mixtures for pipes and cigarettes attracting GST at 28 per cent and compensation cess at 290 per cent.

In another instance, the DGGI Chandigarh Zonal Unit booked and apprehended a mastermind, who was operating fake firms for passing on illegal ITC to the tune of Rs 115 crore. On information that fictitious/bogus firms were used to pass inadmissible ITC to various iron and steel units based in Himachal Pradesh, Punjab and Haryana, searches were conducted at multiple premises in Himachal Pradesh (Baddi) and Punjab where incriminating evidence in the form of laptops containing incriminating e-mails, pen drives, and mobile phones evidencing fraudulent transactions was recovered.

Similarly, a case of fraudulent ITC was also booked by the DGGI Surat Zonal Unit in which non-existent firms were found to be engaged in the supply of invoices and passing on illegal ITC to the tune of Rs 300 crore.

The CGST Jaipur Zone detected a case involving multiple fake firms for availment/passing on fraudulent ITC of more than Rs 100 crore, in which three persons were arrested.

In another case of ITC fraud, the CGST Delhi Zone busted a network of 23 entities involved in the creation of fake invoices worth Rs 551 crore and passing on fraudulent ITC worth Rs 91 crore.

These fake entities were issuing invoices of bituminous mixtures, base metals, furniture and doors. Three key persons involved in this fake invoice racket have been arrested.

In another instance, the CGST Ahmedabad Zone booked a case of ITC fraud of Rs 38 crore against 13 fake entities which were created to pass on fraudulent ITC by way of issuing bogus invoices of iron and steel.

The enforcement drive against the fake invoice fraudsters and other GST evaders is likely to intensify with an objective to catch and book unscrupulous elements engaged in illegal activities to defraud the government exchequer, the Finance Ministry said.

Apart from cases of fake ITC, the DGGI and other CGST formations have also detected GST evasion involving misclassification, undervaluation and clandestine supplies of goods and services.