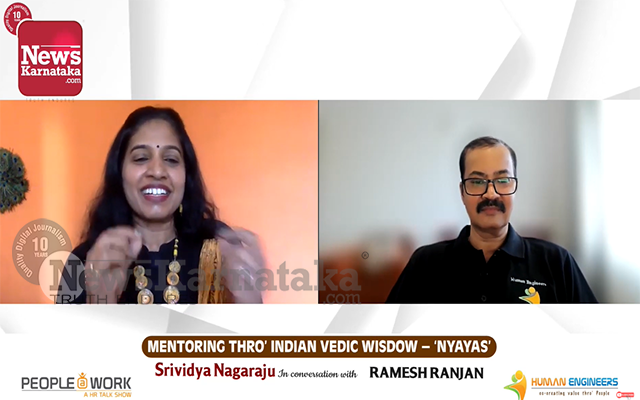 “Sustaining organisational success over a period of time requires leaders to be able to pass on the wisdom knowledge and experience to their successors and across the organisation and for generations to come,” said Ramesh Ranjan, an accomplished Human Resource (HR) Practitioner and Strategist.

During the first episode of News Karnataka’s definitive HR talk show, People @ Work on the people at work, Ramesh spoke on the topic ‘Mentoring through Indian Vedic wisdom – ‘Nyayas’. Ramesh said that coaching and mentoring is one of the most valued means of developing people in organisations and in society.

“Mentoring has been there for years together, for decades together, yet in many organisations it’s not been very successful,” said Srividya, “Maxims define an expression of general truth or principle. They drive home a certain point very effectively and it helps us to churn our intelligence to discriminate the right from the wrong.”

Emphasising on the word mentoring, Srividya said that those of us who have great mentors know the power of it. She explained that a mentor should be helpful, interested and available. “In addition to all the general aspects it is important that a mentee feels an inner connection beyond logic, with the mentor,” she said.

“A mentee should first recognise there is a problem and accept the help and surrender to mentor,” said Srividya. She explained about Maargaala Kishora Nyaya, Markata Kishora Nyaya and Shwana Kishora Nyaya.

“I believe that clarity will iron out a lot of gaps which arises in the process of mentoring,” she said. Answering a query from Ramesh Ranjan, she said that a mentor should have the maturity to understand what kind of approach can be used towards a mentee.

Pakistan, India among countries of concern on climate change 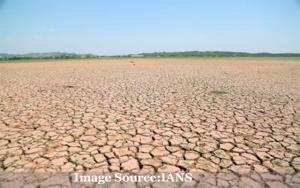 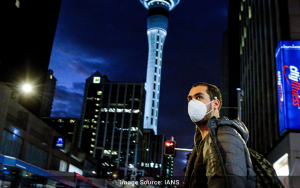 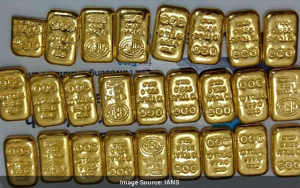