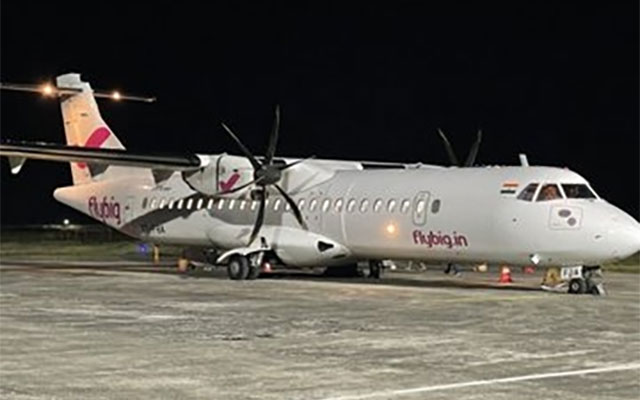 The airline signed a Letter of Intent with De Havilland on the sidelines of Wings India 2022, the civil aviation show which began in Hyderabad on Thursday.

These 19-seater aircraft will help in serving small and remote communities that are not accessible by air, the airlines said.

Twin Otter 400 Series has a proven track record of safe, dependable operations, as well as versatility, which includes the ability to land on land or water.

With commercial flights to destinations in the northeast, south, and central India, Flybig is a UDAN scheme beneficiary. The UDAN scheme’s mandate is to provide one crore people with low-cost air tickets each year and to connect more than 300 cities across the country via air routes.

About the Letter of Intent to acquire the aircrafts, Mandavia said that is a strategic and necessary acquisition. “It will be a valuable asset for flybig in its quest to provide last-mile connectivity to hinterlands of India. This landmark acquisition will provide competitive thrust and open a niche travel segment in the Indian aviation industry as it can also be used over water to promote tourism. The De Havilland Twin Series Otter 400 aircraft has the potential to provide last-mile connectivity to our country’s inaccessible geographical destinations,” he said.

“We are very excited to be working with flybig to connect underserved destinations that currently rely on inconvenient and inefficient modes of transportation,” said Philippe Poutissou, Vice President, Sales and Marketing, De Havilland Canada.

According to Garg, the Twin Otter Series 400 has earned a solid reputation for performance and versatility and is ideal for providing air connectivity in India’s hinterland.

“The aircraft has proven its capabilities for executive and private travel as well as commercial operations in some of the most challenging geographical terrains,” he said.