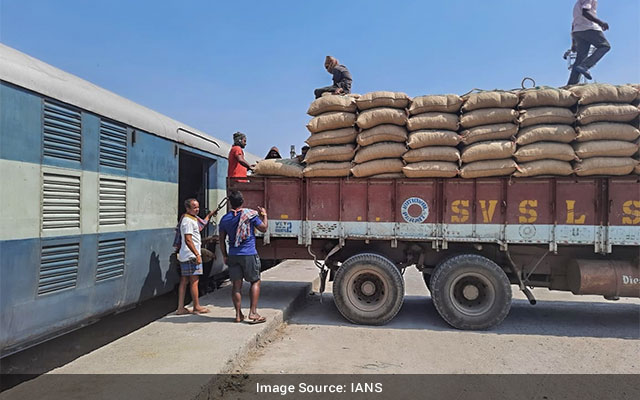 Hyderabad: South Central Railway (SCR) has successfully operated more than 500 Kisan Rails, since the first such service was launched in South India in September 2020, SCR officials said on Sunday.

These 500 rakes have been operated from different railway stations of the zone covering the three states of Andhra Pradesh, Telangana and Maharashtra. Till date, More than 1.6 lakh tonnes of agricultural products have been transported to different parts of the country, majority being to the Eastern, Northern and North Eastern states.

As is well known, South Central Railway’s first Kisan Rail was flagged off on September 9, 2020 from Anantapur station of Andhra Pradesh state, which also happens to be South India’s first Kisan Rail, while Telangana’s first Kisan Rail had commenced on February 8, 2021 from Warangal station. Kisan Rail from Maharashtra State over SCR jurisdiction started from Nagarsol station on January 5 this year.

Officials said the Kisan Rails over SCR have witnessed huge success, right from the date of their introduction and have been instrumental in transporting different varieties of vegetables and fruits, especially to different destinations located in farther states of the country.

These trains have helped in providing a major support for the agricultural farmers and traders to market their produce especially during the pandemic time of Covid-19. In total, 359 rakes have been transported from Maharashtra state, 78 rakes from Andhra Pradesh and 63 rakes from Telangana.