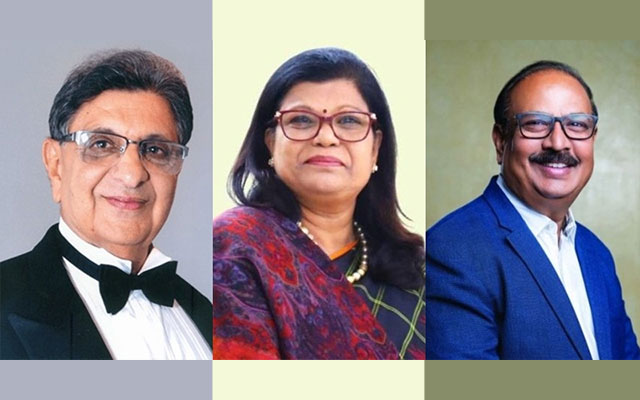 New Delhi: Of the total 128 Padma awardees announced on the eve of Republic Day on Tuesday, nine are from the field of ‘trade and industry’, including the Founder of Serum Institute of India, Cryus Poonwalla, and Krishna Ella and his wife Suchitra Ella of Bharat Biotech, the pioneers of Covid vaccines in India.

Both Poonwalla and Ella duo will be conferred with Padma Bhushan — the third highest civilian award in the country.

The two pharma companies played a big role in developing and manufacturing low-cost Covid vaccines — Covaxin and Covishield — for India as well as the world.

Poonawalla’s (80) Serum Institute of India was founded in 1966 with the aim of manufacturing life-saving immuno-biologicals, which were in shortage in the country and were imported at high prices.

The other awardees of the Padma Bhushan in the trade and industry category included Chairman of Tata Sons, Natarajan Chandrasekaran, CEO of Microsoft, Satya Nadella, and CEO of Google, Sundar Pichai.

Muktamani Devi started making shoes for her children when she couldn’t afford to buy new ones, and today she’s the owner of a large company by her name which produces unique woollen shoes. She has been continuously designing and producing woollen shoes for everyone since 1993.

Also, Ryuko Hira, Chairman of HMI Hotel, will be conferred with Padma Shri.

These awards are conferred by the President of India at a ceremonial function which will be held at the Rashtrapati Bhawan around March-April.