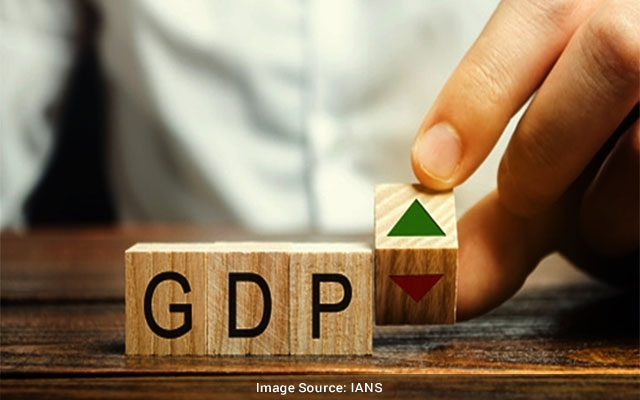 New Delhi/Mumbai: Pent-up demand along with a low base is expected to accelerate India’s economic growth rate in Q1FY22 on a year-on-year basis.

Accordingly, the period from April-June 2021 had fewer stringent lockdown norms than the same period of 2020.

These partial lockdowns were mainly regional in nature.

Besides, steady growth in exports, as well as a robust performance of the agricultural sector, is expected to give a push to GDP growth.

A poll of economists and industry experts conducted by IANS showed that the majority of them expect a GDP growth rate during Q1FY22 to range between 24-14 per cent.

According to Emkay Global’s Lead Economist Madhavi Arora: “The GDP growth is likely to be better than initially expected helped by base effect and healthy corporate operating profits in June quarter, allying fears of sharper sequential losses.”

“GDP growth could range between 19-22 per cent. Strong net taxes will imply GDP growth will overshoot GVA growth in Q1FY22.”

“The growth print is likely to be supported by the relative resilience of the industrial sector in this phase of the pandemic, the steady uptick in exports and improved government capital expenditure levels apart from the base factor,” said Suman Chowdhury, Chief Analytical Officer, Acuite Ratings & Research.

However, the absolute levels of output will still be lower compared to the pre-Covid levels.

“India Ratings expects 1QFY21 GDP growth to come in at 15.3 per cent. But for the Covid 2.0, it would have been higher. However much of the double-digit growth is going to be on account of the low base of last year,” said India Ratings & Research Principal Economist Sunil Kumar Sinha.

“To put the things into perspective it would still be 12.9 per cent lower than the GDP of 1QFY20.”

Even on a sequential basis, GVA and GDP vis-a-vis Q4FY21 is expected to be higher. India’s GDP had grown by 1.6 per cent in the fourth quarter of last fiscal.

“We expect GDP growth for Q1FY22 at 14 per cent (year-on-year), largely due to a low base in Q1FY21. The subsequent quarters will see an improvement if there is no resurgence of the virus in the form of a third wave,” said Brickwork Ratings’ Chief Economic Adviser M.Govinda Rao.

“Although many states have started easing the lockdown restrictions recently, economic activities have not resumed completely to their pre-Covid levels.”