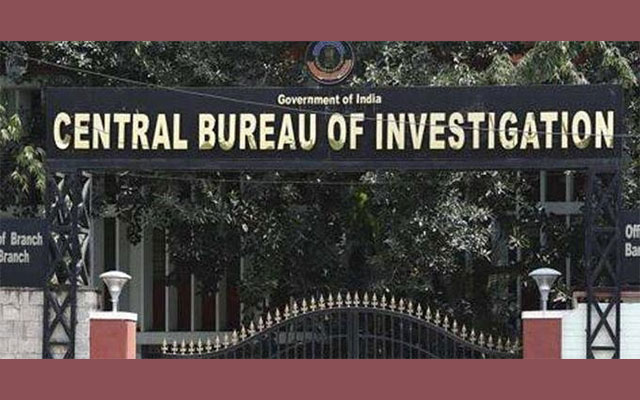 Contacted by IANS, the officials were tight-lipped yet revealed that they were trying to get new facts.

Sources privy to the probe conveyed that the CBI is currently working on two lines – they are trying to recover a laptop which was reportedly destroyed by Subramanian. If this was actually destroyed, then they will try to recover the data.

“A laptop was being used by Subramanian. It was later said to be destroyed by him. This was the same laptop which was being used to exchange emails between Ramkrishna and mysterious Himalayan yogi. We are trying to find if it was actually destroyed or not. We are trying to recover it. We are also making efforts to recover saved data of the laptop from Google Cloud,” a source privy to Investigation said.

This laptop will play a crucial role in the investigation of the case. The CBI only know the IP address of the emails of Himalaya Yogi. Now they want device which was being used by him.

The CBI has been making efforts to find fresh clues to reach to a conclusion about the identity of the mysterious Himalayan “yogi”, with whom classified information were shared by then NSE MD and CEO Chitra Ramkrishna.

It was learnt that the forensic report of Ernest and Young (E&Y) held that Subramanian could be the mysterious yogi. The SEBI had, however, denied this.

The agency, who arrested Subramanian on February 24 night and were given his custody till March 6, is still grilling him to ascertain whether he was the mysterious yogi or not.

It is trying to corroborate the evidence collected by them with the questioning of Subramanian.

Recently, the SEBI had imposed a fine of Rs 3 crore on Ramkrishna, following the market regulator finding that allegedly shared vital inputs about the NSE with the yogi. “Information regarding organisational structure, dividend scenario, financial results, human resource policies and related issues, response to regulator, etc., were shared by her with the yogi,” said the source. Between 2014 and 2016 she sent emails at rigyajursama@outlook.com.

Subramanian was made the Chief Strategic Advisor of NSE. He served at this post between 2013 and 2015 before being made Group Operations Officer and Advisor to the MD between 2015 and 2016, despite having no exposure to the capital market.

Previously working as a mid-level manager in Balmer and Lawrie, he had seen his salary increased from Rs 15 lakh to Rs 1.68 crore annually, and then to Rs 4.21 crore.