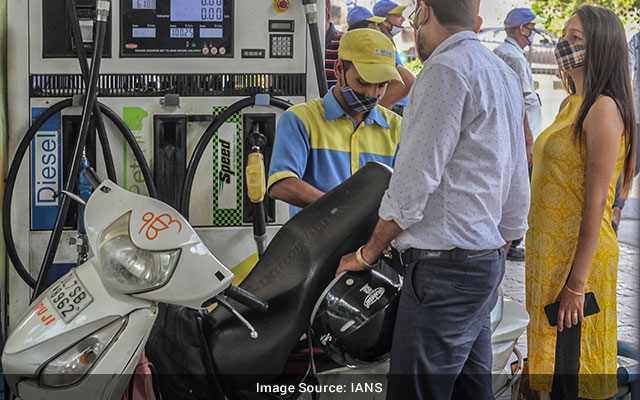 New Delhi: Petrol and diesel price rise was on hold on Monday after the pump prices of both fuels rose simultaneously for four consecutive days taking up its retail rates by over Rs 1 per litre.

Benchmark crude prices have settled at $ 79 a barrel now.  This is after shooting over a three-year high level of $ 80 a barrel early last week. This has given some room to OMCs to halt fuel price rise.

Petrol prices had been stable since September 5. But oil companies finally raised the pump prices last week on Tuesday given a spurt in the product prices lately. It has now followed diesel with regular hikes in prices for the last four days before the pause on Monday.

On the other hand, Diesel price rise  on eight of the last 11 days has raised its retail price by over Rs 2.15 per litre:

The OMCs had earlier preferred to maintain their watch prices on global oil situation before making any revision in rates. Therefore, Petrol prices did not change earlier for the last three weeks. But extreme volatility in global oil price movement has now pushed OMCs to effect the increase.

The wait and watch plan of OMCs had come to the relief of consumers. No revision came during a period when crude prices were on the rise.  This would have necessitated about Rs 1 increase in the price of petrol and diesel.

Across the country as well petrol and diesel prices remained static on Monday. Their retail rates varied depending on the level of local taxes in the state.

Fuel prices in the country have been hovering at record levels. This is after 41 increases in its retail rates between April and July this year. It fell on a few occasions but largely remained stable.

On Monday, global benchmark Brent crude fell marginally to $ 79 a barrel after rising over $80 a barrel. Since September 5, when both petrol and diesel prices changed, the price of petrol and diesel in the international market is higher by around $6-7 per barrel as compared to average prices during August.

OMCs review and revise rates of petrol and diesel on a daily basis. The new prices are effective from 6 a.m. 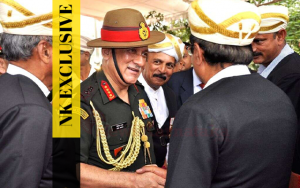 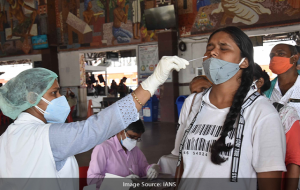 Vegetable prices in TN unlikely to fall till Pongal: Traders 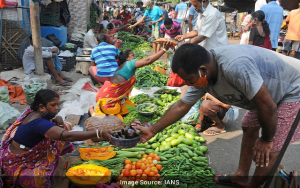 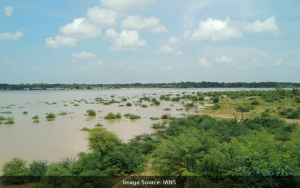