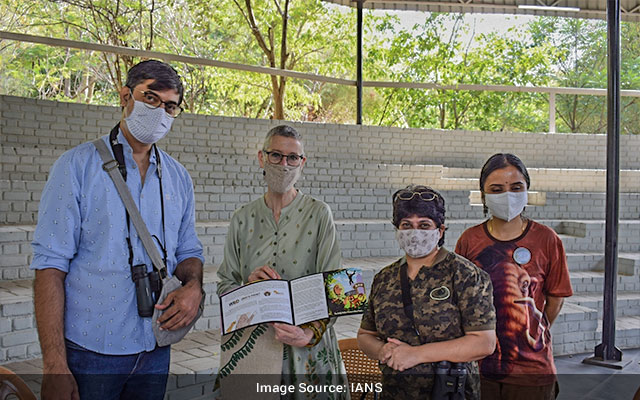 Chennai: The US Consul General in Chennai Judith Ravin met with the industry, education and health care leaders of Coimbatore on September 1 and 2. The visit, according to the US Consul general’s office, was for exploring the possibilities of business, climate change mitigation, education and innovation.

She met with the business leaders of Coimbatore to further exploring Indo-US trade relations, a statement from the US Consul General office in Chennai on Thursday said.

The Consul General said, “It is wonderful to visit Coimbatore, one of the most important cities in Tamil Nadu. I am impressed with the strength of US-India ties here, and with the many key institutions invested in furthering our relationship. I look forward to building on these important collaborations.”

The Indian Chamber of Commerce and Industry Coimbatore (ICCIC) hosted a seminar on “Accessing the US Market” where the Consul General emphasised strong US-India ties. She met representatives from the Confederation of Indian Industry (CII) and learned firsthand about the industrial climate of Coimbatore, the statement said.

Consul General Ravin had a nature walk with conservationists at the Nilgiri Biosphere Nature Park. According to the statement, the Consul General stressed the commitment of the US to environmental protection and biodiversity conservation. She also met with students, faculty, and management of Vidya Vanam Senior Secondary School. The school is part of Bhuvana Foundation India, a sister organisation of Bhuvana Foundation Nashville, Tennessee.

Consul General Ravin met prominent leaders from industry and academia and discussed the internationalisation of campuses in a meeting hosted by the Confederation of Indian Industries(CII).

Consul General Ravin also delivered brief remarks at the opening of a roundtable discussion with technology innovators hosted by the GRD Institute of Management. The topic of discussion was on the challenges and opportunities faced by innovators, the entrepreneurial landscape of the city, and finding funding and markets in a globalised world.

She also visited the Gedee Car Museum which had on display the American-manufactured Dodge Victory 6, Cadillac Limousine, Chevrolet, Oldsmobile, Chrysler and Studebaker.