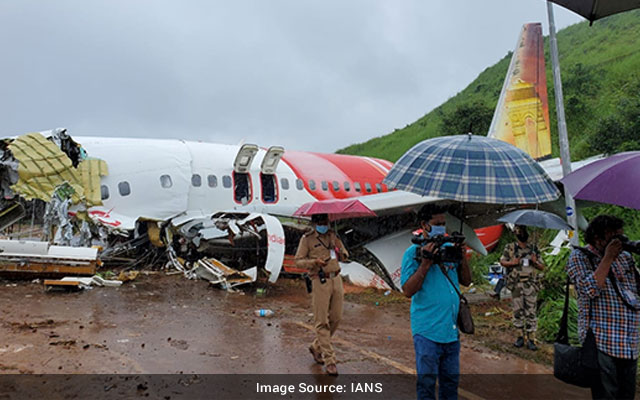 New Delhi: The likely cause of the Air India Express crash at Kozhikode airport in 2020 was the non-adherence of Standard Operating Procedure (SoP) by the pilot in command, an investigation report said on Saturday.

The accident had claimed 21 lives.

According to the 257-page report by Aircraft Accident Investigation Bureau released on Saturday: “The probable cause of the accident was the non-adherence to SOP by the PF, wherein, he continued an unstabilized approach and landed beyond the touchdown zone, halfway down the runway, in spite of ‘Go Around’ call by ‘PM’ which warranted a mandatory ‘Go Around’ and the failure of the ‘PM’ to take over controls and execute a ‘Go Around’.”

In aviation parlance, a ‘Go Around’ refers to a move wherein pilots decide to abort a landing before or after touching down if they feel that they may not be able to bring the aircraft to a safe stop.

The investigation team is of the opinion that the role of systemic failures as a contributory factor cannot be overlooked in the Air India Express crash.

A large number of similar accidents or incidents that have continued to take place, more so in AIXL, reinforce existing systemic failures within the aviation sector.

“These usually occur due to prevailing safety culture that gives rise to errors, mistakes and violation of routine tasks performed by people operating within the system.”

“Hence, the contributory factors enumerated below include both the immediate causes and the deeper or systemic causes.”

As per the report, the actions and decisions of the ‘PIC’ were steered by a misplaced motivation to land back at Kozhikode to operate the next day morning flight AXB 1373.

“The unavailability of a sufficient number of Captains at Kozhikode was the result of faulty AIXL HR policy which does not take into account operational requirement while assigning permanent base to its Captains,” it said.

There was the only captain against 26 First Officers on the posted strength at Kozhikode.

In addition, the report cited that PIC had vast experience of landing at Kozhikode under similar weather conditions.

“This experience might have led to overconfidence leading to complacency and a state of reduced conscious attention that would have seriously affected his actions, decision making as well as CRM.”