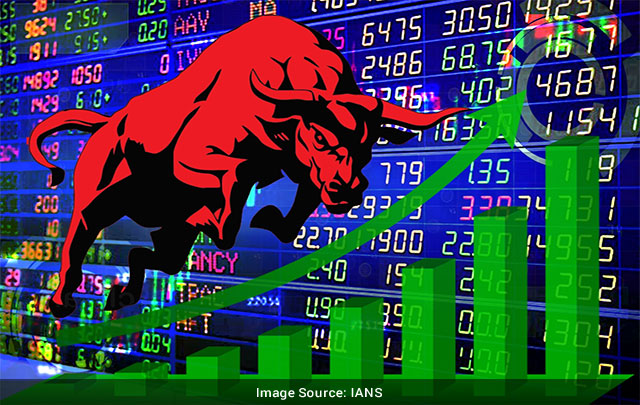 Mumbai: The Nifty surge in the Indian stock market has not just been a bull run off late, but it has been scaling new highs. The Nifty50, which has crossed the 17,000 level, has witnessed a rise of around 20 per cent since the middle of April when the second wave of Covid-19 wreaked havoc in several parts of the country and lockdowns and curfews were re-imposed.

The country’s financial capital, Mumbai, which houses the bellwether stock exchanges, came under a curfew from April 14 due to the surging number of Covid cases. Delhi was also put under lockdown starting April 20.

The Nifty surge in the domestic stock market has been largely on the back of gradual easing of the lockdown and curfew measures, and improvement in economic activities.

India’s GDP growth rate for the April-June quarter of FY22 was 20.1 per cent due to low base and accelerated economic activity. In 2020, the pandemic had battered the country’s GDP, which had contracted by 24.4 per cent during Q1FY21.

Further, the receding impact of Covid, as well as the accelerated vaccination drive, have lifted the growth rate of India’s services output in August, IHS Markit India Services PMI showed on Friday. The seasonally adjusted India Services Business Activity Index rose to 56.7 (index reading) in August as against a reading of 50 in July.

The GST collections have also been robust and remained above the psychological mark of Rs 1 lakh crore for the second consecutive month, clocking Rs 1,12,020 crore in August 2021.

The flow of foreign funds is also recovering post the impact of the pandemic in April-May, which should further boost the Indian equities.

So far in the first three trading days of September, net foreign portfolio investments into the equities stood at Rs 4,787 crore, as per NSDL data.

“Liquidity in the domestic market has been strong for the past couple of days with FIIs putting in over Rs 6,000 crore in last four sessions itself. Further, strong service PMI data and healthy GST collection numbers boosted market sentiments,” Motilal Oswal Financial Services’ Head of Retail Research Siddhartha Khemka said.