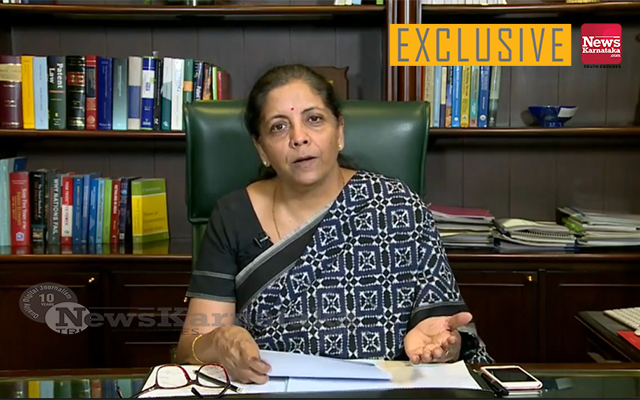 The CEOL Incubation Centre, which was established under the Members of Parliament Local Area Development Scheme (MPLADS) fund, was inaugurated by Nirmala Sitharaman, Minister of State in the Union Department of Commerce and Industry on December 29, 2017. It went operational on January 1, 2018, in Mallikatta, Mangaluru. The city was sanctioned for a ‘start-up incubation centre’ that provided opportunity for new ventures to start and grow.

Speaking to the reporters on the initial meeting she said, “The centre would begin with a Rs 1.18 crore investment and will first provide opportunities to 60 start-up companies. This centre has been established to provide basic services to people who are looking for work but prefer to work for themselves.” She also mentioned that the incubation centres can house start-up businesses for a week or a month. They will also have the opportunity to consult with potential clients about how to sell their products.

Nirmala said, “These businesses will create additional jobs and contribute to the region’s growth.” She also emphasised on the need to nurture these talents and CEOL is a symbol of New India.

Nirmala also stressed that CEOL will conduct at least three hand-holding activities every month. First is to bring venture, capital and angel funds to interact with the start-ups at the centre. Second is to bring in industries to the centre and third to bring mentors who are specialists in their respective fields.

In a video, Nirmala shared her response as to why Mangalore has been chosen as start-up district. “Bengaluru is home to several start-ups and in fact, I believe Bengaluru is overburdened with it. In Karnataka, there is a lot going on among the youth, and I decided to start this because of the coastal districts like Dakshina Kannada, Uttara Kannada, and Udupi have excellent educational institutions. As a result, they must be given a chance. I decided to take it on since starting a business doesn’t have to be limited to Bengaluru,” she stressed. She also highlighted that this is the core reason why the three coastal districts namely Dakshina Kannada, Udupi and Uttara Kannada were chosen. “I have started a co-working facility in Mangaluru with the goal of filling 60 seats with MPLADS funds,” she added.

“I’ll also work to get some school-based tinkering labs set up, and two innovation centre hubs too have been identified. I’ve made arrangements so that IIT Chennai can view what’s going on in the hubs,” she concluded.

A website https://www.ceolmangaluru.com/  was launched in this regard that provides a variety of incubation services to start-ups.

It is understood that being the educational hub, the coastal districts have so much potential for start-ups. And initiatives like CEOL would definitely give wings to the innovations of young and creative minds to help grow their businesses.