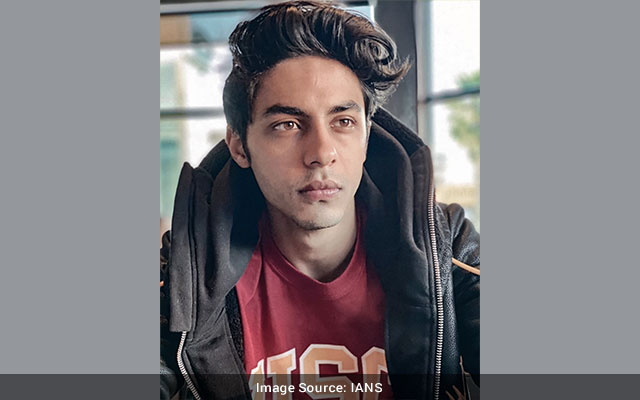 Mumbai: In a plot straight out of the all-time favourite American comic book “Richie Rich”, the poor rich Aryan Khan has reportedly told the Narcotics Control Bureau sleuths that his father and mega-star Shah Rukh Khan remains so busy that occasionally, he needs an appointment just to meet him.

Ironically, life became a full circle when a couple of days ago. SRK had to take the NCB’s permission for a brief meet with his son in the agency lock-up. The 24-year-old cried before his celeb dad. He did not have any drugs.

Aryan, along with at least 10 others, was rounded up and arrested at various times on Sunday-Monday in the NCB’s first-ever raid on a luxury ship, the Cordelia Cruises. It was preparing to lift anchor for a fun-filled two-night gala voyage to Goa with around 1,300 affluent passengers on board.

The other youngsters in the NCB net are: Munmum Dhamecha, Arbaaz Merchant, Vikrant Chhoker, Nupur Sarika, Ismeet Singh, Mohak Jaiswal and Gomit Chopra. The second NCB operation led to the other arrests.

The NCB’s swoop shook the Bollywood core. He is a future potential superstar-kid of the one of the reigning actors . It almost sounded unbelievable. A video clip showed a dazed Aryan sitting on a bench inside the agency office.

At Monday’s court hearing, there was a heated moment in the arguments. Aryan’s lawyer Satish Maneshinde said that it was not “Khan (Aryan) was selling drugs in the ship”.

After their detention for several hours, their subsequent arrest they are in NCB custody till October 7. There has been support bordering on concern from Bollywood circles on Aryan’s well-being inside the dank and inhospitable agency lockup.

An anxious Gauri Khan rushed to the NCB office with a few packets of McDonald’s burgers in her car.

Expectedly, the NCB sleuths sternly but politely disallowed her pleas. Therefore, they punctured the venture on “security grounds”. They refused to permit the other accused the luxury of home-cooked food in the lockup.

Nevertheless, the rave-party accused youth are not exactly starving. In the past couple of days, they have been treated to street fare like “puri-bhaji, dal-chawal, sabzi-parathas”. Also plates of biryani or pulao from a nearby restaurant, which is a hot favourite with even the NCB sleuths.

The usual band-box style of aura and glam appearance of Aryan and the other boys-girls was starkly missing, and most did not seem to have changed their attire for nearly 3 days – a far cry from their routine of wearing and discarding designer outfits at the drop of a hat!

In the past three decades, the only other two notables who spent time behind bars were Sanjay Dutt and Salman Khan – and both had sparked off a similar media frenzy with oodles of love doodling in from their fan brigades.

While Dutt completed his full sentence in the Yerawada Central Jail, Pune, as a full-fledged convict, Salman spent a total of around 3 weeks in Rajasthan jail as an undertrial.