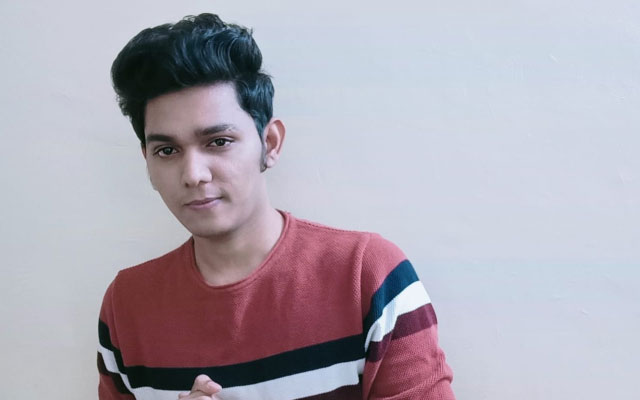 Mumbai: Most people usually decide on their career path quite early, while others take time to understand what they want to do. There are still others who get into a career by chance, like Rohan Birla.

Acting happened by chance. Over the years the actor has been a part of projects such as ‘Radhe Krishna’ as an Sudama, ‘Chakradhari Ajay Krishna’ as an Arjun and ‘Mere Sai’ as an Uddhav.

“Initially I didn’t want to be an actor. When I was in 10th grade I realised my inclination for art. All kinds of artistic things made me happy. As an actor, the first time I held an audition script was in some casting agency in Mumbai, I was very nervous but at the same time I was very happy doing it. Acting has become everything to me now. I take my craft seriously when it comes to performance and forget the real world,” he says.

Sharing his struggles, he adds that in the beginning things were not stable because of the financial issues he faced.

“I think most actors face financial issues and it’s completely ok. It’s a part of the journey, according to me, and about the insecurities. I never ever thought about the insecurities in my life because I know what I am doing and I am very much confident about it because once you start thinking about insecurities you will never succeed. So I prefer to live in the present and work hard. We just have to be confident about what we do in our life,” he adds.

Acting is everything for him. “I believe in my craft. I believe that I can contribute something to Hindi cinema. That’s my dream. I always try to improve myself and come up as a better version of me. My passion, my sleepless nights itself is a motivation to continue pursuing acting as a career. I am not here to make money and I never wanted to be famous, I just wanted to act.”

“So if somebody asks me about unemployment or insecurities then I usually say that I’ll do a part-time job to survive but I will never give up. I am not bothered about competition in Bollywood because I know I’ll make it one day,” he sounds confident.

Every actor wants his or her project to become a hit but there is no guarantee what will succeed or fail.

“Sometimes in films and TV shows, I’ve seen actors who are very good but there are also some who aren’t that good. And in most cases, the success of the project usually determines one’s success. It all depends on the story, production, performance, production team, promotion etc. I believe in the power of the universe but at the same time my focus is on working hard. So I’ll go with 80 per cent hard work and 20 per cent luck if I have to define success,” he adds.

Rohan is satisfied with whatever work he has done till now. “I am growing and want to do better in my career. It all has just started. I had played a character that was very iconic and famous in Hindu religion. Learned a lot from it,” says the actor.

So what are his career goals? “I want to gain more experience. On TV, I want to do dark, positive, versatile and prominent characters. I would love to play a fictional vampire character if I get the chance and create something new. I also want to do solo hero roles in films and international documentaries,” he reveals.