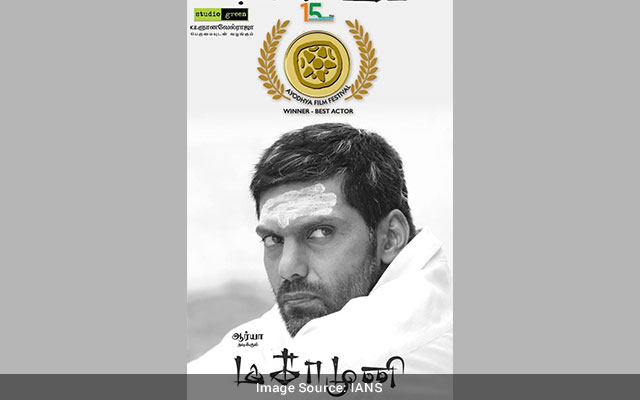 This time, the film has fetched actor Arya, who played the lead in the film along with actresses Indhuja and Mahima Nambiar, the ‘Best Actor’ award at the 15th Ayodhya Film Festival.

Director Santhakumar, who took to Twitter to make the announcement said, “Arya won the ‘Best Actor’ award for ‘Magamuni’ in the 15th Anniversary of the Ayodhya Film festival.”

The film has already won a series of awards at a number of film festivals.

Actress Mahima Nambiar, who had won the Best Supporting actress award at the International Film festival of Madrid 2021 for the same film, congratulated her co-star, Arya, for having won the Best Actor award at the Ayodhya Film Festival.