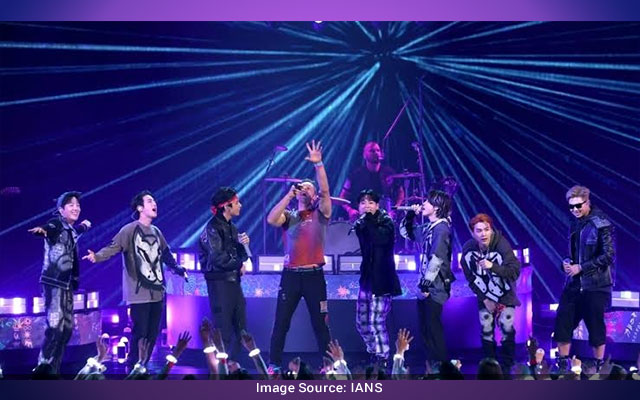 Doja Cat garnered the same number of honours, winning Collaboration of the Year for ‘Kiss Me More’ with SZA, as well as Favorite Female R&B Artist and R&B Album for ‘Planet Her’. Rodrigo, meanwhile, won New Artist of the Year.

Hosted by American rapper Cardi B, who told ‘Variety’ a couple of days back how she came very close to collaborating with pop sensation BTS, the star-studded awards show featured performances from the Korean group with Coldplay, Olivia Rodrigo, Tyler the Creator, Måneskin, Walker Hayes, Mickey Guyton, Bad Bunny, Tainy with Julieta Venegas, Carrie Underwood with Jason Aldean, Kane Brown, New Edition and New Kids on the Block. Diplo was on DJ duty for the ceremony.

Rodrigo and the Weeknd led the nominations with seven and six nods, respectively. Bad Bunny, Doja Cat and Giveon each received five nominations.

The show’s winners are voted on by fans, with new categories this year including Favourite Trending Song, Favorite Gospel Artist and Favorite Latin Duo or Group.