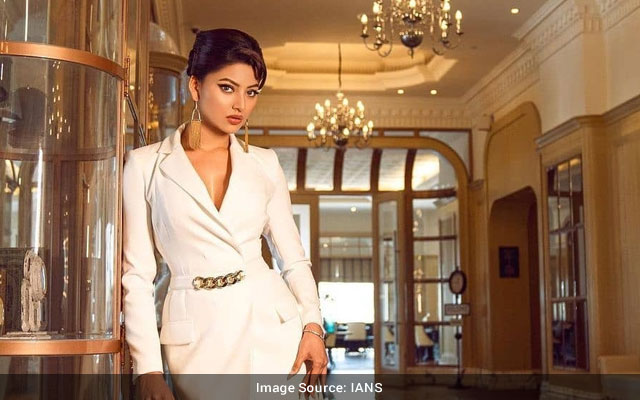 Mumbai: Model-turned-actress Urvashi Rautela, whose recent ‘Versace Baby’ music video with Arabic superstar Mohamed Ramadan has notched up 20 million (and counting!) views on YouTube, is happy to see her popularity in the Middle East has only grown with time.

She adds that the wide reach of her music videos will help her be a little experimental with her choice of films in the future, although she has three in the pipeline at this moment.

Urvashi Rautela told IANS: “I think with time and the number of music videos I have appeared in, people in the Middle East started knowing me and I have gained a huge fan base in the Arab world. Whenever I go to, say, Dubai, Egypt, Lebanon, Oman or Qatar, people identify with me and our Bollywood music because of these videos. It is a great feeling.”

Talking about her ‘Versace Baby’ collaboration with Ramadan, she said: “It is special because it is one of the most expensive music videos that has been produced in recent times and because Ramadan is a multi-talented man. He’s an actor, musician and producer from Egypt. Our collaboration was supposed to happen in 2019, but that did not materialise and then the global pandemic hit us. This is the beginning of a great time when I have interesting film projects line up as well as international collaborations.”

This year itself, Urvashi Rautela has appeared in music videos such as ‘Teri Load Ve’, ‘Ek Ladki Bheegi Bhaagi Si’ and ‘Doob Gaye’. She has also finished working on the web series ‘Inspector Avinash’ alongside Randeep Hooda and is working on the film ‘Dil Hai Grey’, which also features actors Vineet Kumar and Akshay Oberoi.

Apart from Hindi films and shows, Urvashi is making her Tamil debut with the film ‘The Legend’ opposite Saravana. She will also be seen in the multilingual film ‘Black Rose’.

Asked if her popularity is helping her navigate her way through acting gigs, Urvashi said, “In all my upcoming films, I am playing very different characters. In fact, I will be seen in unglamorous roles that my fans have not seen me play before.”

She concluded her conversation with the observation that she treats films as a way to experiment and make choices that give me a sense of fulfilment. “I am enjoying that,” she said. “Music videos are a very strong medium for me to reach out to a global audience and collaborate with international artistes. Sure, I have a huge number of followers now because of music videos, but these are not just different channels for me to get noticed. I am passionate about every collaboration.”