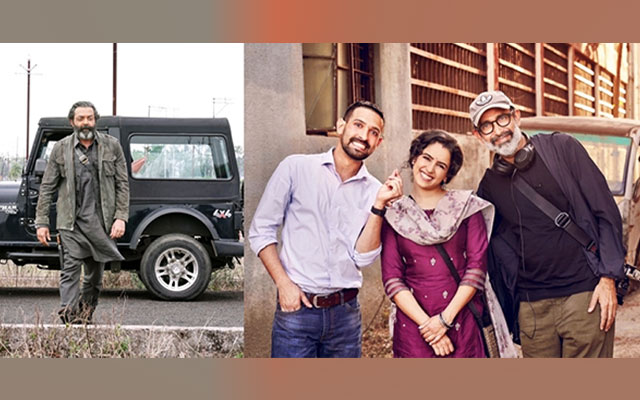 Mumbai: ‘Love Hostel’, starring Vikrant Massey, Sanya Malhotra and Bobby Deol, is all set for an OTT release on February 25.

Written and directed by Shanker Raman of ‘Gurgaon’ fame, ‘Love Hostel’ follows the journey of a young couple played by Vikrant and Sanya, who they get chased by a ruthless mercenary essayed by Bobby Deol.

Shot in the rustic locales of North India, ‘Love Hostel’ is a tale of hope and survival in a world where power and money lead to mayhem and bloodshed.

Talking about the film, Raman said: “At its core, ‘Love Hostel’ is ‘love on the run’ film. It has been a deeply satisfying journey and it would not have been possible without the support of a stellar cast and the crew.” The film has been co-produced by Drishyam Film and Shah Rukh Khan’s Red Chillies Entertainment.

Added Manish Mundra of Drishyam Films, which is collaborating with Red Chillies for the second time after the much-acclaimed Sanjay Mishra-starrer ‘Kaamyaab’: “With ‘Love Hostel’, we are thrilled to bring a new-age commercial kind of cinema, which is still story-driven. The plot and script of the film are compelling and promise to keep the audience on the edge of their seats.”

Gaurav Verma, COO, Red Chillies Entertainment, said: “Shanker is a filmmaker with a lot of heart and we are delighted to back his vision. I am extremely proud of how the film has turned out.”

Produced by Gauri Khan, Manish Mundra and Gaurav Verma, ‘Love Hostel’ is set to stream on ZEE5 from February 25.