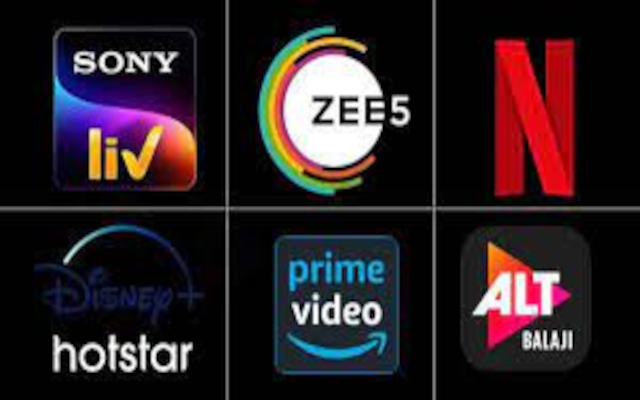 We live in a technology-driven age, and almost all of us own devices capable of connecting to the internet. The Indian entertainment industry has seen the dawn of a new era with the launch and adoption of over-the-top platforms (OTTs).

The first OTT to hit the Indian shores was BigFlix, launched in 2008. Since then, there’s been no looking back, and the Indian OTT market sees fierce competition today. Read on as we bring you the top OTT platforms in India.

Amazon Prime has made a mark for itself with the sheer quality of the content it offers. The platform features original shows like Made in Heaven, Panchayat, and Goliath that have impressed viewers.

Amazon Prime is even more popular with its user-friendly interface with a screen character guide. It also features subtitles. Amazon Prime lets you download your favorite content that you can watch later offline. The variety is impressive with shows from different countries and movies of varied genres. In one of the most recent news reports, the Indian acting stars Vidya Balan and Shefali Shah headline film Jalsa. It should be available on Amazon Prime Video at the end of March.

Netflix, an American OTT with its headquarters in California, has taken India by storm. Their bouquet of original shows, popular as Netflix Originals featuring movies and series, makes them a super hit. Series like Sacred Games and Stranger Things struck a chord with the Indian audience, especially in urban areas.

Orange Is the New Black, Narcos, House of Cards were other shows that garnered a large viewership. The Vampire Diaries and Jessica Jones are two of its more recent popular shows. You can also take your pick from Korean dramas and anime shows. However, Netflix success in India is not exactly what the company had hoped. While the initial ambitions aimed to find 100mn subscribers, it currently has 5.5mn in India.

An offering from the house of Star Network, Hotstar spices things up with movies, various shows, and sporting events on its platform. Hotstar became an instant hit among sports lovers after it won the rights to show the Indian Premier League and the English Premier League.

Original content in the form of shows like Sarabhai and Sarabhai and Son of Abish has been lapped up by the Indian audience. Hotstar’s popularity shot through the roof after they were awarded the exclusive rights for the show that’s a rage among the OTT audience—The Game of Thrones.

Hotstar is currently available in India, the US, and Canada, which might seem limiting if you travel to other countries. Luckily, Indian users can retain access to this top-notch streaming service by using proxies or Virtual Private Networks. The latter is the seamless and the safest choice. It can unblock Hotstar and many other unavailable services due to geo-blocks or networks bans.

Sony LiV from the house of the Japanese entertainment giant, Sony features many shows that have viewers glued, including the likes of the Kapil Sharma Show, Kaun Banega Crorepati, Crime Patrol, Tarak Mehta Ka Ulta Chashma, and Indian Idol, to name just a few. Sony LiV had sports lovers hooked after it won the rights to stream the UEFA Champions League, Serie A, La Liga, Ligue 1, and UEFA Europa League.

See also  This week’s learning: Vacs before you wane!

They also feature Animax, a top-rated show. What makes Sony LiV a roaring hit is quality content in many regional languages. Some of the content is also available without you registering, unbelievable but true.

You must have guessed it; Zee 5 is an offering from the house of Zee Network. This platform features all the shows from the Zee Network. Spicing things up are movies and a host of regional shows.

Zee 5 also features their content—originals, and they keep featuring new content regularly. Zee 5 enjoys a loyal client base comprising regular viewers of their television shows. Recent and upcoming releases like Bob Biswas and Love Hostel have created quite a bit of noise. Zee 5 offers rich content in 12 regional languages, which have helped the platform make a mark in every corner of India.

With the richness and incredible diversity in their content, OTTs have taken India by storm. It’s the future of the entertainment industry. Right from movies to engrossing series to mega sporting events, you get it all on OTTs. After a humble beginning, OTTs look all set to rule viewership among Indians. Things are poised to get even better with new players like Apple lining up. Happy viewing!