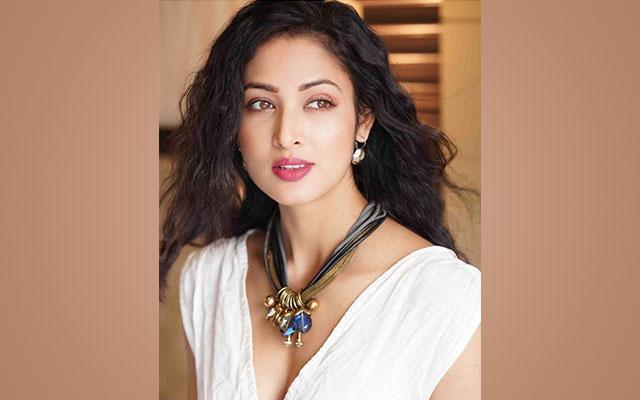 Mumbai: Actress Vidisha Srivastava is excited as she is set to enter the sitcom ‘Bhabiji Ghar Par Hai’ as Anita Bhabi around Holi.

She feels it is the best time to add more drama and suspense to the show.

Vidisha a.k.a. Anita Bhabi’s: “I am all set to step into the iconic character of Anita Bhabi. It has been a wonderful experience shooting with everyone. Holi is one of my favourite festivals, and the timing could not have been better for Anita Bhabi’s entry amidst the festival of colours! I am eagerly looking forward to the audiences’ reaction. I have been getting many encouraging messages from several people from the industry, families and friends. So, I am a bit nervous as well as excited.”

Talking about her entry track, Vidisha elaborates: “The entry track is quite thrilling and mysterious. A high-voltage drama and suspense will unfold as Vibhuti (Aasif Sheikh) get trapped into committing a murder. It so happens that Vibuti lands up a film offer where he is to shoot a murder scene with Anita Bhabi’s doppelganger.”

“However, Angoori (Shubhangi Atre) misconstrues the movie scene and call Daroga Happu Singh (Yogesh Tripathi) accusing Vibuti of murdering Anita! With Anita nowhere to be seen, Vibuti is trapped in the situation and unable to prove his innocence. Anita is completely unaware and non-responsive, with everyone looking for her. What happens next is worth the wait,” she concludes on a happy note.