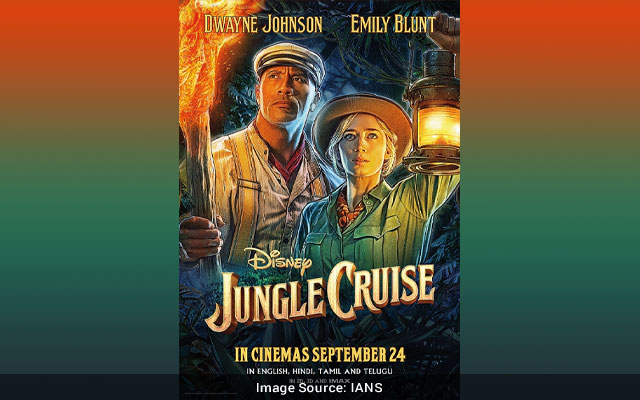 New Delhi: Actor Dwayne Johnson, who will soon be seen in the adventure film ‘Jungle Cruise’, says that the actual ride from Disneyland has a ‘wish fulfilment’ factor attached to it.

Disney’s ‘Jungle Cruise’ also stars Emily Blunt in the leading role. It is based on the popular Disneyland ride of the same name. The skippers of the Jungle Cruise ride lead a humorously irreverent expedition. They carry passengers along four rivers: the Nile in Africa, the Amazon in South America, the Irrawaddy in Southeast Asia and the Ganges of India.

Speaking on why he finds the Jungle Cruise fascinating, ‘The Rock’ Dwayne Johnson says: “People love the Jungle Cruise attraction because of its rich history and tradition. There’s a unique quality to Jungle Cruise that still feels as if it were fifty or sixty years ago. But that’s the charm of it. You go around the world to some of these other parks. That is when you see their iterations of Jungle Cruise that are just spectacular. I feel there’s a wish fulfilment factor for the audience that happens with the Jungle Cruise ride. That wish fulfilment, I believe, is the idea that you are being transported. You are truly going on the adventure and ride of a lifetime.”

The actor says  the charm of the actual Jungle Cruise ride was part of the film.

“From the beginning, we wanted to ensure that every element of the Jungle Cruise attraction are in the movie. We’ve worked closely with the tremendously talented team of Disney Imagineers to make sure that we are servicing all these memorable moments and integrating them into this epic adventure. This is what makes this project so very special. It’s been years in the making to pay homage to this wonderful piece of Disneyland history. We’re very, very excited about making a great movie that honours and respects the Jungle Cruise ride,”says the actor.