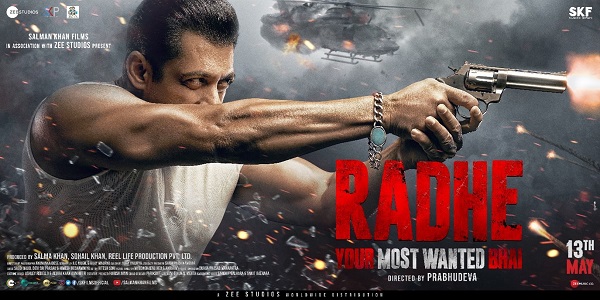 Salman Khan is back to give his beloved fans some Eidi with the release of his upcoming action flick, Radhe – Your Most Wanted Bhai. Salman Khan’s Radhe will not only be released worldwide in movie theatres but will also get a pay-per-view release simultaneously on ZEEPLEX. As the movie is gearing up for release, ZEE5 has slashed the prices of their annual subscription by half, giving fans a special treat to watch Radhe movie from the comfort of their homes!

ZEE5 is giving all the Bhai fans a chance to watch their star’s movie from the comfort of their homes while following all the government protocols. With the Radhe Combo Offer, users would get 1 year ZEE5 Premium subscription and a Radhe ZEEPLEX ticket for just ?499/-, which would otherwise cost them ?1,248. Apart from Radhe, users will also enjoy a year-long subscription to all of ZEE5’s wide array of content including Indian web shows, Bollywood blockbusters, latest releases, TV shows in different regional languages.

One-Stop Destination For All Things Radhe

ZEE5 is the one-stop destination for all the Salman Khan fans to get all the latest updates about their star’s upcoming release. From the latest promos and interviews to music and behind-the-scenes videos, you’ll get all the updates on the OTT platform.

Ever since the trailer of the Salman Khan starrer has been released, both SK Films and ZEE5 have been sharing exciting content related to the film. Radhe’s first song of the album, Seeti Maar, has already crossed 100 million views on Zee Music. The sizzling number with Jacqueline Fernandez, Dil De Diya, and even the Radhe Title Track has got people grooving.

Get your subscriptions in place and gear up for the release of Radhe – Your Most Wanted Bhai.