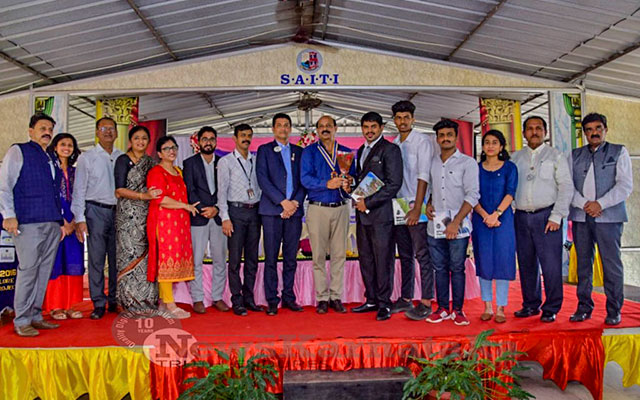 Mangaluru: The inauguration of the Leo Club at St Aloysius Industrial Training Institute was held on March 18 in the college auditorium.  This club is sponsored by lions club Mangalore

The welcome speech was given by B. Sathish Rai, President of Lions Club.

The introduction of Leo Club to the new Leo club members was given by Alwyn Menezes, Vice-Principal of St Aloysius ITI.

The Leo club office bearers of St Aloysius ITI are as follows:

The names of Leo Club Board members are as follows:

The introduction of the District Governor was given by Lion Govardhan Shetty.

The district governor addressed the gathering and informed all present that till now you were called the students of ITI, but from today you are all Leo family members. LEO means Leadership, Experience and Opportunity. The quote in the bible says ‘The more you give you’re rich. The more you take you’re poor.  This Leo Club has more than 180 Leo members. Wilson Leo Coordinator proposed a vote of thanks.