He met Oscar’s wife Blossom Fernandes and his children and offered special prayers for his speedy recovery.

Father Mathew said, ” For the speedy recovery of Oscar Fernandes we have offered special prayers on Sunday in all the churches. I know him personally from the past several years, so when I called him he responded to me. Oscar was the founder president of Catholic Sabha from 1979 to 1982 and he used to participate in all our events, he added. 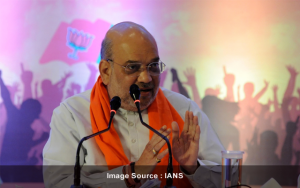