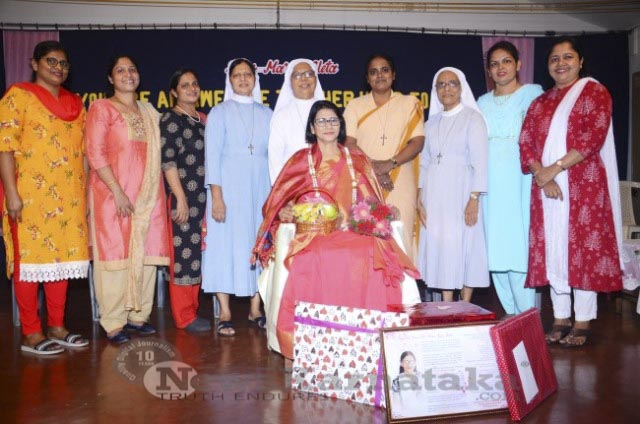 ‘Retirement is not the end of the road. It is the beginning of the open highway. ‘

The management and staff of St Theresa’s School held a Farewell Program for their staff member Cleta Lobo. Sr Cleopha , the administrator of the Bethany Mother House graced  the occasion along with the Sr Lourdes, the principal, Sr Caran the vice principal and Sr Simon the  office administrator of the school. Sr Cleopha was given a floral welcome  to the farewell program by the school principal. The program began with a prayer service by the staff members.

The school faculty members had an entertainment program planned for their colleague, Cleta with a value based skit highlighting the importance of a teacher in a students life, a comedy skit, a dance performance and also a touching farewell song. Maria, a faculty member  gave a heart touching speech expressing her feelings with the time spent with her colleague. A PowerPoint presentation showcasing memories of the years spent by the present students of the school , ex- students, parents and colleagues with Cleta at St Theresa’s School was shown to the gathering.

Cleta was honoured by Sr Cleopha by reading out the letter from the Management to Cleta highlighting her qualities and service to the school from the past 22 years and 4 months. Sr Cleopha later felicitated  Cleta with a small token of gift from the management after which sister spoke to the gathering stressing the point of teachers effect remaining till eternity. This was followed by the reading of a citation by Sr Lourdes speaking about Cleta and wishing her well. The citation was later presented to Cleta by all the dignitaries on the stage. Cleta was then made to sit on the chair of honour. Sr Cleopha started the honoured  program by offering  her a shawl. This was followed by the  principal garlanding her and the vice principal offering her a basket of fruits. Sr Simon honoured Cleta by offering her a floral bouquet and a small gift.

A token of respect was given to Cleta from the teaching and non – teaching staff and a separate token was given from the kindergarten faculty members.  After the felicitation ceremony, Cleta spoke a few words expressing her gratitude to the management and the entire staff. She promised to spend her retirement years reminiscing about her days at St Theresa’s School. in her post retirement years. The programme ended with the vote of thanks by a staff member. The felicitation program was followed by a get together lunch. Overall it was a memorable day for the entire gathering. 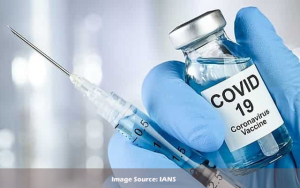 12 IPS officers transferred in UP 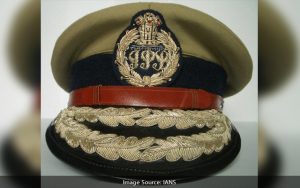