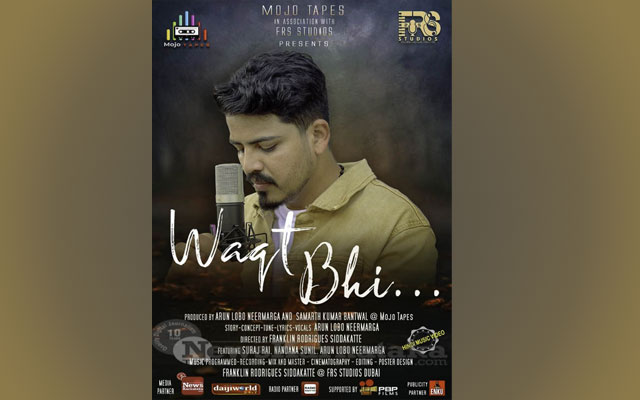 Dubai: As the festival season is coming up, a promising group from the Coastal city of Mangalore residing in Dubai are padding up to begin their journey in the Hindi music industry.

Arun Lobo Neermarga, who believes that music is one of the best ways to inspire lives and a fairy escape into one’s divine world, dreamt to create his own music platform to entertain and inspire people. Thus began ‘Mojotapes’.

‘Mojotapes’ a dream concept from Arun Lobo Neermarga got its wings by joining hands with ‘FRS studios’ founded by Franklin Rodrigues Siddakatte, a renowned Music Composer from Mangalore. Samarth Kumar Bantwal and Suraj Rai have joined Arun Lobo Neermarga in this journey and the team is enthused to produce and promote some great music that will touch the souls of its viewers.

‘Mojotapes’ is coming up with their debut project, a Hindi music video ‘Waqt Bhi’, scheduled to be released on their YouTube channel https://youtube.com/c/mojotapes on 31st this December.

‘Waqt Bhi’ is an emotional song, exudes the feeling felt by every heart at some point in life and will make one re-cherish it again with its melody. Samarth Kumar Bantwal, a true supporter of music has joined hands with Mojotapes as a co-producer and marketing coordinator.

Suraj Rai, a promising actor from Mangalore is making his debut as a lead actor in the song and Nandana Sunil is featured as the lead actress, who began her journey as a model in the U.A.E. and is stepping into the Malayalam film industry.

The song is written, composed and sung by Arun Lobo Neermarga along with its storyline and concept for the video. The song revolves around a youngster losing track of his life due to heartbreak but making a comeback. Great acting by Nandana Sunil, Suraj Rai and Daniel Mascarenhas beautifully portray the concept of the song. 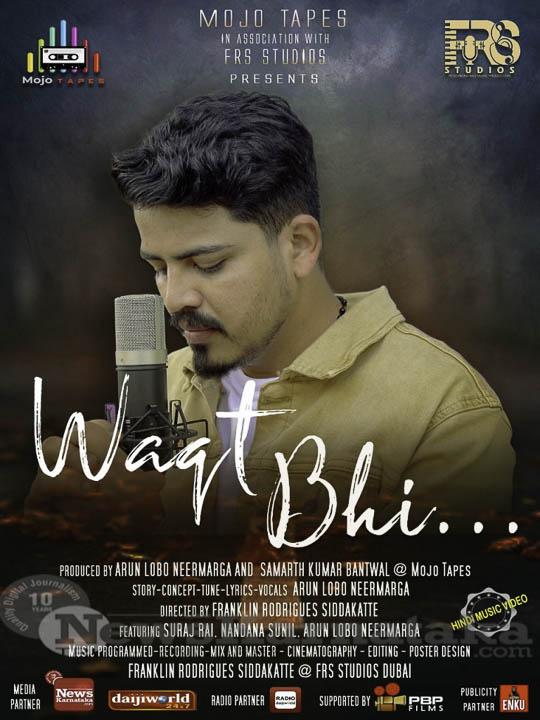 Franklin Rodrigues Siddakatte (FRS Studios), has added another feather to his cap with this masterpiece. He has beautifully composed the music for this track and contributed all his professional experience and expertise in direction, cinematography, editing, poster design and mastering of the song.