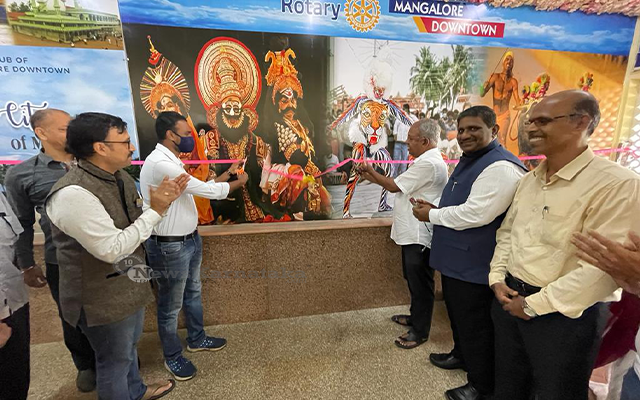 Mangaluru: Rotary Club of Mangaluru Downtown in association with Southern Railways has set up a flex depicting the Coastal culture and baby care display at ladies waiting room at the Mangaluru Central Railway Station. 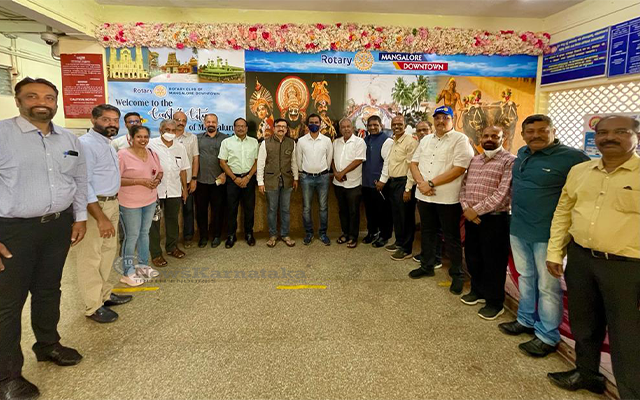 Rtn. Ganesh Bhandary said, “This was basically done as part of the Public Imaging Exercise for Rotary at Mangalore Central Railway Station. This is a centralised place and there is approximately a 130 sq ft flex on the entrance that covers Coastal culture such as Yakshagana, Pilivesha, and Kambala. We have also displayed our Rotary and club name Rotary Downtown alongside this. People have responded positively.” 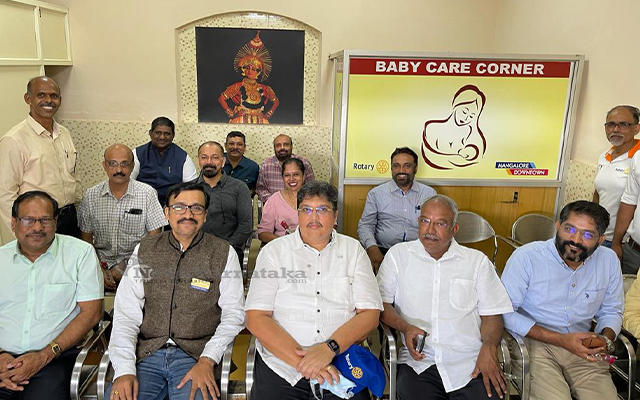