Patna: After a day long interrogation of Janata Dal (United) leader Dr. Rajiv Kumar Singh and his wife Khushboo Singh, both were allowed to go home despite their facing attempt to murder charge.

The Patna Police had detained them for an investigation into an attack on gym trainer Vikram Singh (25) in the KadamKuan locality on Saturday morning. Both were released in the evening.

The Police said Vikram was on his way to the gym on a two-wheeler. When he reached the KadamKuan Budha Murti, unidentified assailants opened fire on him.

The doctors of the Patna Medical College and Hospital (PMCH) informed Vikram’s family members, who reside in the Lohanipur locality.

The victim alleged that Dr. Rajiv Kumar Singh and his wife Khshboo Singh were the main conspirators of the attack.

Following his statement the Patna Police detained Dr. Rajiv Kumar Singh and his wife Khusboo Singh from their house in Patliputra colony. During interrogation, both of them reportedly changed statements several times, said police sources.

Upendra Sharma, the SSP of Patna said: “We have registered an FIR on the basis of a statement given by the victim and investigation is underway.”

Sources said that during the investigation, when police scanned the call details of Vikram and Khusboo Singh, it appeared that they had called each other 1,100 times in the last eight months. Most of the calls came late at night, having durations of 30 to 40 minutes.

According to a senior official, Vikram was earlier a gym trainer in the Boring canal road where Khusboo Singh also came to do exercises. She fell in love with Vikram.

“As her husband also learnt about the affair, as per the statement of Vikram, Dr. Rajiv Singh threatened him with dire consequences to stay away from Khusboo Singh. Due to his threat, he left the job of Boring canal road gym and joined Patna market’s gym,” said a senior official of the KadamKuan police station.

Vikram’s brother also gave a statement to the police. He pointed out an incident when Khusboo Singh reached his house and created a scene after Vikram refused to meet her. The incident took place three months ago.

Vikram Singh, the 25 year old gym trainer has also done some modelling assignments. He also worked in a few Bhojpuri and Hindi albums.

Dr. Rajiv Kumar Singh, is a Vice President of the JD(U) State medical wing. He is said to often throw private parties where top leaders, bureaucrats and industrialists come. He is a physiotherapist and has a private clinic on the Boring canal road. He also has displayed his photographs with Bollywood personalities and cricketers in his clinic. 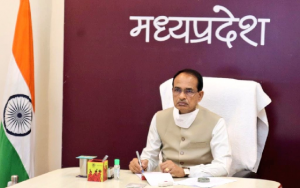 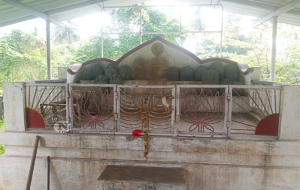