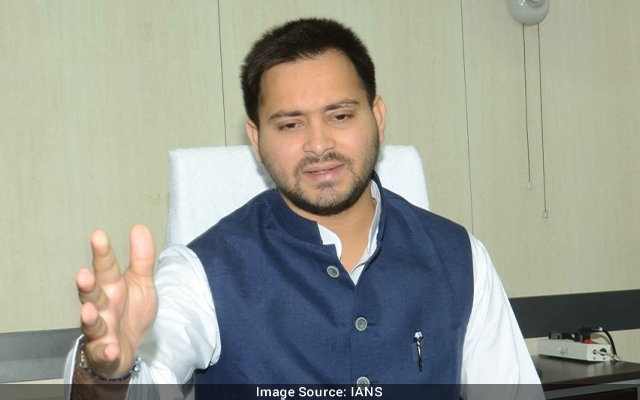 Patna:  In wake of the Centre’s affidavit, filed in the Supreme Court, citing the difficulties of conducting a caste census, opposition parties in Bihar on Friday came under one umbrella to slam the move.

RJ’s Tejashwi Yadav, Congress’ Madan Mohan Jha, and leaders of Left parties assembled at the residence of former Chief Minister Rabri Devi for a meeting on this issue.

Addressing media persons afterwards, Tejashwi Yadav said that the Central government, “which is following the ideology of RSS”, does not want a caste census in the country.

“It does not want the country to run on a progressive path. Caste based census is in the interest of this country. Census is being done on the basis of community like the counting of Hindu, Muslim, people belong to scheduled caste and scheduled tribes in a bid to find out exact numbers. Similarly, if the census were to take place on the basis of every caste, it would give clear numbers of the people belonging to a particular caste. Accordingly, the law makers would make strategy in their interests and eventually in the interest of the country,” he said.

The caste census will also give a clear picture about which castes needed reservation, Tejashwi Yadav said, adding that 85 to 90 per cent people of the country want caste based census.

“I want to ask CM Nitish Kumar about his stand on this issue. He advocated for a caste based census to be done in the country. He takes his own time to assess the situation and give statements on public platforms. I also want to ask 39 out of 40 MPs who are representing Bihar in the Parliament. They are claiming to be leaders of OBCs. Now, they should also clear their stand,” he said.

In a series of tweets, he said: “If Centre could do the counting of birds, pet animals, wild animals, trees and saplings, then why is it not agreeing on a census of people belonging to backward and most backward classes. Why are the BJP and RSS people in hatred for these people.”