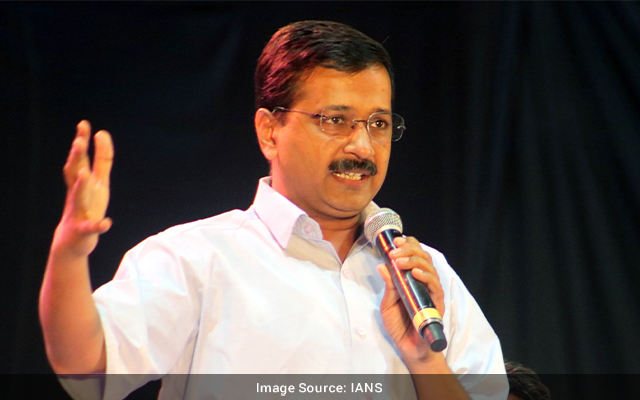 New Delhi: The Delhi government has decided to recommend the names of doctors and healthcare workers for this year’s Padma Award, Chief Minister Arvind Kejriwal said on Tuesday.

Kejriwal said for the last one and half years doctors and healthcare workers have been putting their lives at risk and many have even lost their lives while serving in Covid care centres.

During a press conference here, Kejriwal said that it was an opportunity to honour the doctors and healthcare staff who have saved the lives of several people amid this Covid-19 pandemic. Therefore, the Delhi government has decided to send only the names of doctors and healthcare workers for the Padma Awards to the Centre for this year, he added.

The Chief Minister has appealed to the people of Delhi to recommend the names of doctors and healthcare workers who have done extraordinary work during the pandemic.

People of Delhi can send their recommendations on — padmaawards.delhi@gmail.com by August 15 August.

“One has to recommend the name of a doctor or healthcare worker with address details and detailed description regarding the extraordinary work of the suggested name for the Padma awards,” Kejriwal said.

For this purpose, the Delhi government has also set up a screening committee under the supervision of Delhi Deputy Chief Minister Manish Sisodia. After receiving names from the people, the screening committee will verify the facts given about the particular doctor or healthcare worker and then the list will be sent to the Centre by September 15.

Earlier, Kejriwal had written a letter to Prime Minister Narendra Modi, urging to give ‘Bharat Ratna’, the highest civilian award in the country this year, to a doctor.