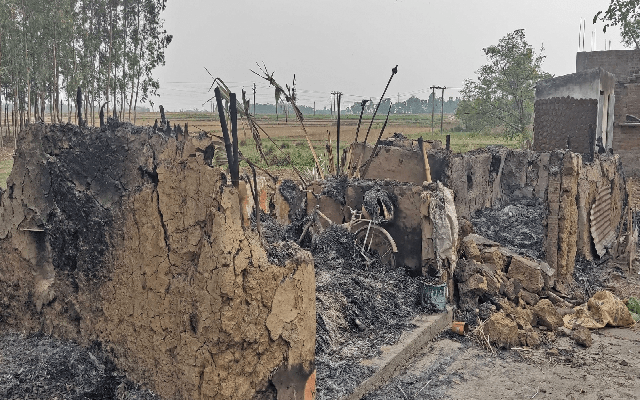 New Delhi: The Central Bureau of Investigation (CBI) has prepared a list in which 21 people, including Trinamool Congress’ block President Anarul Hossain, have been named as accused in connection with the violence in West Bengal’s Birbhum.

Hossain’s statement was recorded by the CBI after he was questioned at the probe agency’s camp set up at a government guest house in Rampurhat, an official said on Sunday March 27.

West Bengal Chief Minister Mamata Banerjee on Thursday March 24 had ordered the arrest of Trinamool Congress leader Hossain for his involvement in the carnage.

Earlier, the police had also prepared a list of the accused, and the list prepared by the CBI is almost same.

Following the orders of the Calcutta High Court, a team of forensic experts led by the CBI officials went to Rampurhat and collected samples on March 25.

Before the court order, the police had lodged a case, and also claimed to have arrested 10 people.

The Bharatiya Janata Party (BJP) and others have accused the ruling Trinamool Congress of sheltering the accused.

The BJP had Banerjee of trying to cover up the incident. The Trinamool Congress, however, has denied all the charges.

After the Calcutta High Court order of handing over the probe to the CBI, the West Bengal government said that they would support the agency in conducting a fair probe.

Bhadu Sheikh, a Trinamool Congress leader and local deputy president of Rampurhat village was killed on March 21 by bike-borne assailants, after which a mob allegedly set several houses afire.

Next day, the police recovered the charred bodies of at least eight persons including children and women from a gutted house.