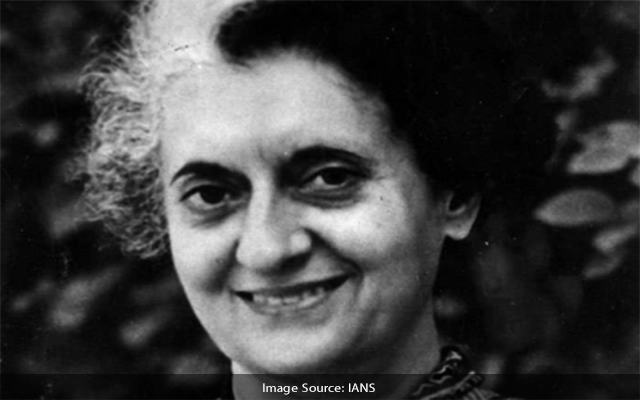 New Delhi: The Congress on Thursday December 16 alleged that an “insecure” BJP government was negating the then Prime Minister Indira Gandhi’s contribution to the 1971 Bangladesh Liberation war.

Interacting with media, Leader of Opposition in Rajya Sabha Mallikarjun Kharge said that Bangladesh attained freedom 50 years ago and the then Indira Gandhi-led Congress government played a key role in emancipating the people from the dominance of Pakistan.

“With the help of government and the army, she managed to divide Pakistan into two countries, thus bringing Bangladesh into existence. Till date, Bangladesh is grateful to Indira Gandhi and India.

“Since the time of Pandit Jawaharlal Nehru, the Congress has been helping the democratic countries but unfortunately, some people at the helm of affairs are attempting to wipe out her efforts and contributions,” he said.

The Indira Gandhi government had kept around 95,000 Pakistani soldiers as war prisoners for a year, which is unprecedented in the world, he added.

“When any leader from Bangladesh, especially Sheikh Hasina, visits our country, she makes it a point to recall Indira Gandhi’s contributions. Even the opposition leaders like Atal Bihari Vaypayee had praised Indira after the 1971 war victory. Vajpayee had gone to the extent of calling her an ‘incarnation of Goddess Durga’. But the Narendra Modi government is negating the contribution of Indira Gandhi and the then Congress government’s contribution,” Kharge said.

When in power, the Congress had never shied away from assisting any democracy, he asserted.

Echoing his sentiments, MP Gaurav Gogoi said if Bangladesh is celebrating its victory day, it is only because of the Congress. Undeniably, it is the achievement of the Congress and Indira Gandhi’s government which should be forgotten.

See also  Over 25.5 lakh children in Odisha to get Covid vaccines from Jan 3

An event was organised to commemorate the day in Parliament, but nobody from the Opposition was given a chance to speak which is condemnable, he said.

“The Prime Minister’s insecurity was so obvious that during the entire programme, he did not even take the name of Indira Gandhi – the person who was instrumental in the entire exercise. Its akin to changing the history of the country,” he added.

He said before the 1971 Bangladesh war, Gandhi had reached out to the all the leaders and undertaken a 20-day worldwide tour to build consensus on the issue. She visited 24 countries and raised the issue of human rights violation in Bangladesh which was supported by Russia and opposed by America.

Despite this, a war was fought and Pakistan was divided into two countries which changed the world map. Unfortunately, the current dispensation is indulging in cheap and dirty politics, he said.