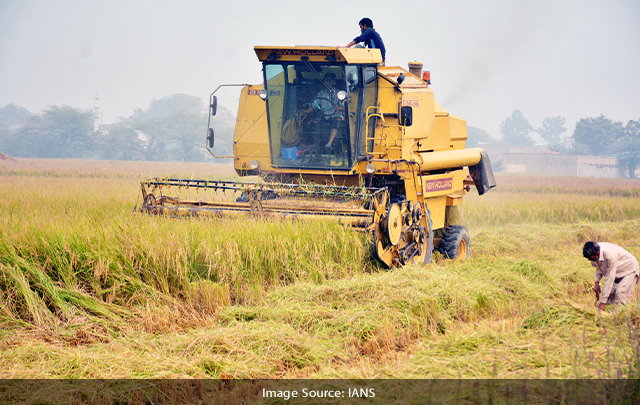 The central objective of the partnership is to develop evidence-based strategies to collectively tackle the impact of climate change in South Asia.

Agriculture has historically been a risky business, and it is becoming riskier due to climate change and its associated impacts on agri-food systems.

According to one estimate, the region could lose 10-50 per cent of crop production by the end of the century due to global warming. Yet, the sector is still the main source of livelihood for over 50 per cent of the population in South Asia.

This reality calls for integrating climate change adaptation and mitigation strategies with overarching goal of ensuring food, nutrition and livelihood security for millions of underprivileged and marginalised people living in the region.

The partnership will focus on promoting sustainable and resilient agricultural intensification in South Asia through building the capacity of institutions and enhancing skills, to scale up climate smart strategies and technologies.

“The agreement will strengthen IFAD’s partnership with SAARC to work together on improving food security and to benefit smallholder agriculture in the region,” said Abdelkarim Sma, Lead Regional Economist, IFAD.

“The project will look at climate-smart agriculture technologies and practices in the context of farming systems that integrate benefits for adaptation, nutrition, and women and youth,” Sma added.

The consortium kicked-off with an initial pilot investment of about $3.1 million provided by IFAD, SAC, IFPRI and SDF.

The partner organisations believe that the size of investment will grow in the coming years.

Currently, cross-border cooperation between national agricultural research and extension systems in South Asia has largely remained constrained due to lack of capacity.

“This multi-country project is the first of its kind in the region, which has been launched at a time when climate change has emerged as a major threat to the agricultural landscape,” said Esala Ruwan Weerakoon, Secretary General of SAARC.

“Given what is at stake, the SAARC Agriculture Centre has taken this far-reaching initiative to promote sustainable and resilient agriculture intensification in South Asia,” Weerakoon added.

Although several agricultural policies have been implemented across South Asian countries, there is a lack of special consideration on climate change adaptation and mitigation.

While there are national adaptation plans for action for agricultural development, in the absence of evidence-based strategic investment plans, they are often not put into action.

A thorough mapping exercise will be conducted at the regional level on the impact of climate change, to identify agro-ecosystems, and cross-disseminate viable technologies and practices which will help accelerate impacts and outreach of the current national research efforts.

The project will target to benefit the smallholders focusing on women farmers, as well as researchers, extension workers, and policy makers in SAARC member countries, with particular focus on Afghanistan, Bangladesh, Bhutan, India, Nepal, Pakistan and Sri Lanka for piloting and scaling up of CSA technologies.