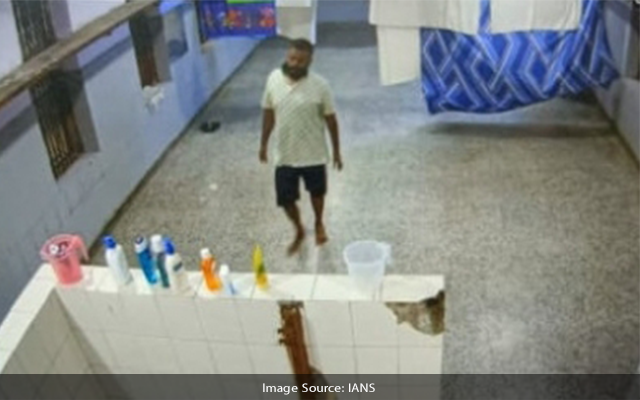 New Delhi: Multimillionaire conman Sukesh Chandrasekhar, who faces multiple cases, wants to be shifted to any jail out of Delhi, and has decided to move the Supreme Court in this respect.

His counsel Anant Malik told IANS that their plea is ready and they will move the apex court requesting that Chandrasekhar and his wife should be lodged in some other jail.

“He and his wife are facing discrimination in the jail. Both are being harassed. We have raised this issue earlier. There is threat to his life too,” he said.

Chandrasekhar was allegedly having luxury facilities inside jail.

Media had accessed CCTV footage of inside jail showing how he was living a luxury life inside jail, and an inquiry is already going on into this matter.

Amid this now, he wants transfer of his jail. His lawyer that they will be moving the top court in a day or two. Their case will be represented by a senior designated lawyer.

Leena had earlier alleged that she wasn’t allowed by jail authorities to make phone calls to her family, and that she was being subjected to this kind of treatment just because she is Chandrasekhar’s wife.

The Delhi Police’s Economic Offence Wing and the Enforcement Directorate (ED) have both recently filed charge sheets against Chandrasekhar.