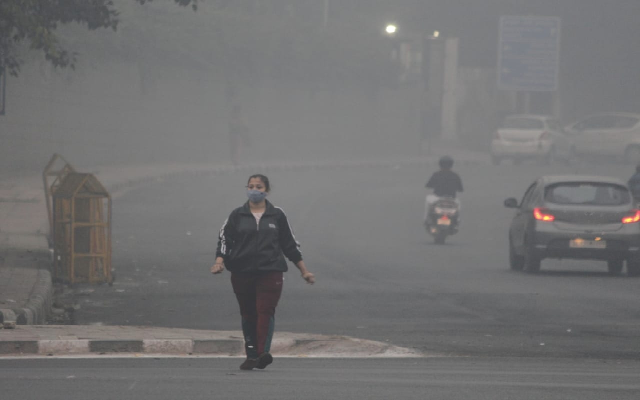 New Delhi: The minimum temperature in Delhi is likely to dip to 7 degrees Celsius on December 12 and 13, as per India Meteorological Department (IMD) forecast.

On Thursday, Delhi woke up to its minimum temperature settling at 9 degrees Celsius, and shallow fog. The air quality was at the lower end of the ‘poor’ category at an AQI of 208.

“With mostly clear sky conditions during the daytime, the peak mixing layer height is likely to be around 1.5 km causing moderate vertical mixing of the air mass. The net effect is that air quality for the next four days is likely to improve gradually but within the ‘Moderate’ or ‘lower end of Poor’ category,” it added.

Meanwhile, the maximum temperature for the day has been pegged at 24 degrees Celsius.