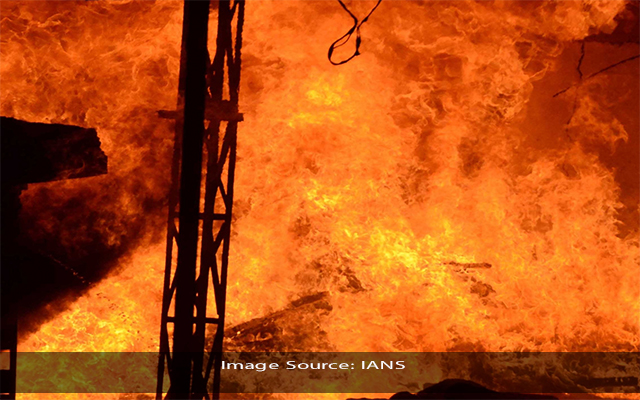 New Delhi: A fire broke out at a shoe manufacturing factory on Wednesday March 30 in the Narela industrial area of the national capital, a fire department official said.

The official informed that they received a call about the fire incident at 11.27 a.m. in a factory at plot no 2651, B block, near MSP Mall, Narela Industrial area, in northern Delhi after which as many as 5 fire tenders were immediately pressed into service.

“The inferno has been brought under control now,” the official told IANS.

The official was unable to furnish details about any injuries or casualties.