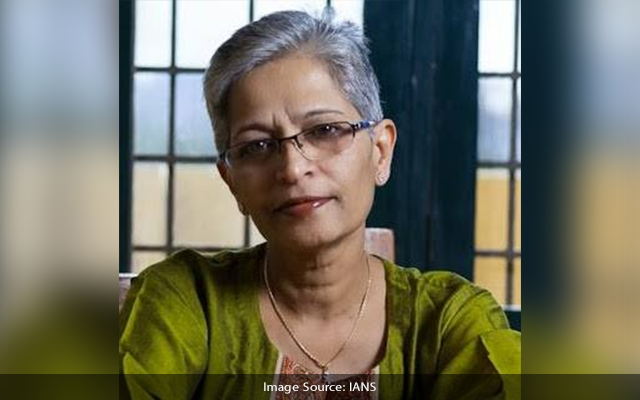 New Delhi: The Supreme Court on Thursday ruled that the accused in activist Gauri Lankesh’s murder case will face charges under the Karnataka Control of Organised Crime Act (KCOCA). Lankesh was shot dead at her Bengaluru residence in 2017.

A bench headed by Justice A.M. Khanwilkar and comprising Justices Dinesh Maheshwari, and C.T. Ravikumar allowed an appeal against a judgment of the Karnataka High Court, which had quashed the charges under KCOCA against Mohan Nayak, one of the accused in the Gauri Lankesh assassination case.

The appeal was filed by Lankesh’s sister, Kavita Lankesh assailing the high court verdict. The plea had argued that Nayak was actively involved in providing shelter to Lankesh’s killers prior to and after the commission of the offence.

The counsel representing Nayak had argued that his client had no role to play in the actual commission of the crime and, if he had to be roped in under the KCOCA, then there is no proof of his membership with the crime syndicate.

The high court on April 22, 2021, quashed the order of the Bengaluru Commissioner of Police passed in 2018 and the supplementary charge sheet filed thereafter. Offences under Sections 3(1)(i), 3(2), 3(3) and 3(4) of the KCOCA against Nayak were, thereby, dropped. Detailed judgment in the matter will be uploaded later in the day. Odisha sounds warning on a possible 3rd wave of Covid