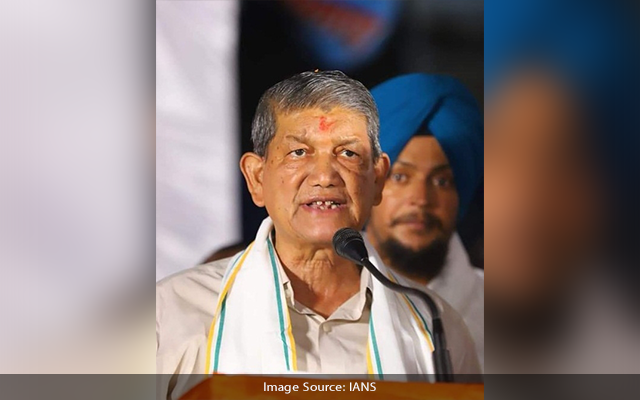 Rawat met Gandhi at his residence at 11.30 a.m. He told Rahul Gandhi that he wants to focus on the 2022 Uttarakhand Assembly elections so he should be relieved from the post of Punjab Congress in-charge.

After this meet, Rawat tweeted, “I have recovered from a massive humiliation today. On one hand my duty is towards my ‘Janmabhoomi’ (Uttarakhand) and on the other my services are for my ‘Karmabhoomi’ which is Punjab. The situation is getting complicated because as and when elections are nearing, one will have to work full-time at both the places. Unseasonal rains wreaked havoc in Uttarakhand on Tuesday, still I was able to visit only a few places but I wanted to travel everywhere to wipe my tears.”

The former Chief Minister wrote, “If I do justice to my Janmabhoomi, then only I will be able to do justice to my Karmabhoomi. I am very grateful to the Punjab Congress and the people of Punjab for their continuous blessings and moral support. I have a deep emotional attachment to the land of saints, gurus, the land of Nanak Dev Ji and Guru Gobind Singh Ji. I have decided that I must urge the party leadership that in the next few months I can completely devote all the time to Uttarakhand so I should be relieved of my present responsibility in Punjab.”

Asked about the news of former Punjab Chief Minister Amarinder Singh forming an alliance with the BJP, Rawat said, “If he does so, he will suffer a lot.”

He said, “The decision of Amarinder Singh joining the BJP will not affect our party since the people of Punjab have made up their minds that the Central government will not be forgiven for passing the three farm laws.”

“The BJP is not going to gain from the alliance with Amarinder Singh and it will be the latter’s loss if he decides to form an alliance with the BJP.”

On September 18, Amarinder Singh had resigned as the Punjab Chief Minister. Since then speculation is rife that he is quitting the Congress and will form a new party.