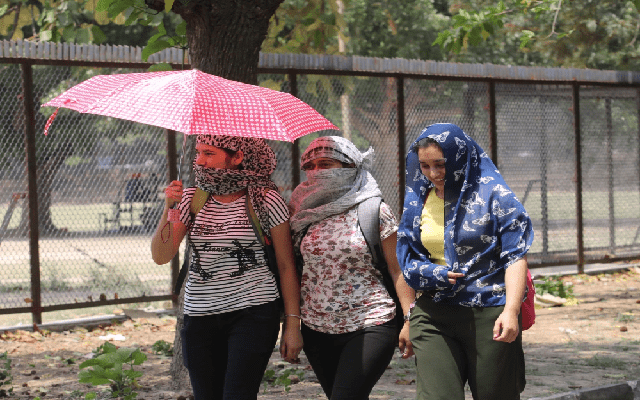 Maharashtra’s Akola was the hottest with a maximum temperature of 44 degree Celsius, followed by Rajasthan’s Barmer which recorded 43.5 degree C.

According to the India Meteorological Department, Delhi too saw a hot day on Sunday with a maximum temperature of 41.7 degree Celsius being recorded at the Najafgarh monitoring station.

The IMD said a prolonged dry spell has led to severe hot weather conditions in northwest India, and heat wave conditions are likely to prevail in some parts of Rajasthan, in isolated pockets over south Haryana, Delhi, south Uttar Pradesh during April 3-7, over Madhya Pradesh, Jharkhand, and Gujarat during April 3-5, over Himachal Pradesh on April 3-4, and Jammu division on April 3.

The IMD predicted fairly widespread to widespread rainfall over Arunachal Pradesh, Assam, Meghalaya, Nagaland, Manipur, Mizoram, and Tripura during the next three days due to the influence of strong southwesterly winds from Bay of Bengal to northeastern states at lower tropospheric levels.