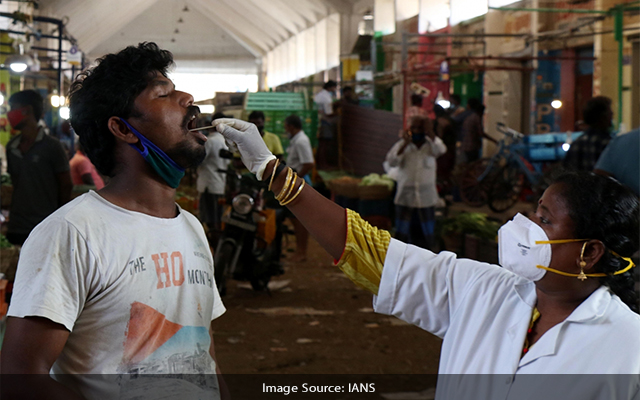 New Delhi: India reported 2,568 new cases in a span of 24 hours, which is a slight increase from 2,503 reported on the previous day, said the Ministry of Health and Family Welfare in its latest update on Tuesday March 15 morning.

In a positive development, India’s active caseload has declined to 33,917. Active cases now constitute 0.08 per cent of the country’s total positive cases.

The recovery of 4,722 patients in the last 24 hours has increased the cumulative tally to 4,24,46,171. Consequently, India’s recovery rate stands at 98.72 per cent, said the Union Health Ministry.

Also in the same period, a total of 7,01,773 tests were conducted across the country. India has so far conducted over 77.97 crore cumulative tests.

On the vaccination front, India’s Covid-19 vaccination coverage has exceeded 180.40 crore as per provisional reports till 7 a.m. This has been achieved through 2,11,52,628 sessions.

More than 17.30 crore balance and unutilised Covid vaccine doses are still available with the states and union territories to be administered, according to the health ministry as of on Tuesday morning.