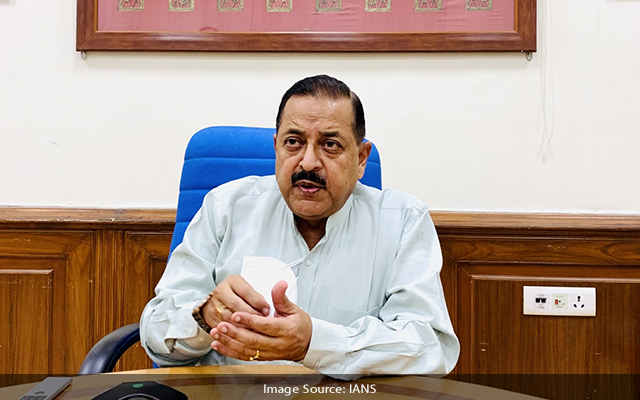 New Delhi: Union Minister of State for Science and Technology, Jitendra Singh on Monday April 4 said the ultimate objective and the litmus test of good governance is to bring the ease of living in the lives of common citizens.

He was speaking at the launching event of the first edition of the annual report “Madhya Pradesh Sushashan and Development Report (MPSDR) 2022” on Monday evening.

Madhya Pradesh Chief Minister Shivraj Singh Chouhan launched the report which has been prepared by the Atal Bihari Vajpayee Institute of Good Governance and Policy Analysis.

Speaking on the occasion, Singh said as soon as the BJP government came into power in 2014, Prime Minister Narendra Modi gave us the mantra of “maximum governance and minimum government.”

He added that working on the same mantra, we (Union government) have repealed around 1,500 irrelevant laws in last eight years.

“Recently, we have started reaching out to the District Governance Index. Some states have implemented this. In Madhya Pradesh, the work is still going on and we will take help of this report to identify the index,” Singh said.

Lauding the report, the Union Minister said Chouhan has made the state a role model from “Bimaru Rajya.”

Launching the report, the Chief Minister said Madhya Pradesh is the fastest growing state of the country with a growth rate of 19.70 per cent. The state contribution in Indian economy has increased from 2.6 to 3.6 per cent, Chouhan added.

“We are working under the guidance of the Prime Minister. We used to be called a Bimaru state, if we see the journey of 15 years, Madhya Pradesh has become a developing state out of Bimaru state,” the Madhya Pradesh Chief Minister said addressing the gathering on Monday evening.

The MPSDR 2022 is the first of its kind document that brings forth the unique governance practices of Madhya Pradesh which includes community engagement and participation, robust policy measures, efficient delivery systems, evidence-based decision-making and comprehensive monitoring.

MPSDR 2022 aims to document and discuss the features of good governance, its monitoring framework and implications in key sectors in Madhya Pradesh.