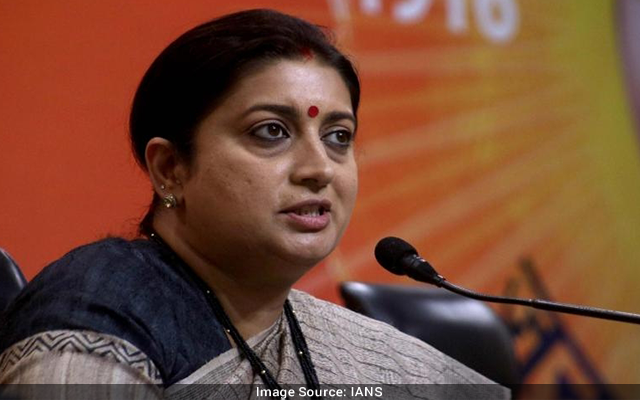 New Delhi: A video of Union Minister Smriti Irani being confronted by Mahila Congress President Netta D’Souza on the issue of inflation has gone viral.

The two were onboard a Guwahati-bound flight and the conversation took place as the plane landed and passengers started disembarking.

D’Souza asked the Union Minister about the rising prices of LPG to which Irani replied that the Centre has been helping the poor through various welfare programmes.

While the Mahila Congress President kept asking questions, the Minister said that she was blocking everyone.

The conversation goes like, “Smritiji the rates of gas and petrol are rising”. To this Irani replied: “You are blocking the way for other passengers”.

D’Souza then said that “everyone is facing the problem” and Irani replied that the government is giving “free rations to the countrymen, free vaccines to 1.83 billion people.”

While the conversation was underway, Irani and D’Souza both started recording it on their mobile phones.

The conduct of the Mahila Congress President may attract action as it has happened in several similar cases in the past.

The Congress is up against the ruling BJP and has staged nationwide protests against the Centre over the constant rise in the prices of petrol, diesel, cooking gas, feritilizers and essential medicines.

Protest rallies are being held across the country in state headquarters under the aegis of Pradesh Congress Committees.

The party had pointed out again that the Centre was not satisfied with having earned nearly Rs 26 lakh crore by way of unprecedented high excise rates, and the recent spate of taxes are going to put a burden of additional Rs 1.56 lakh crore on the people of India.