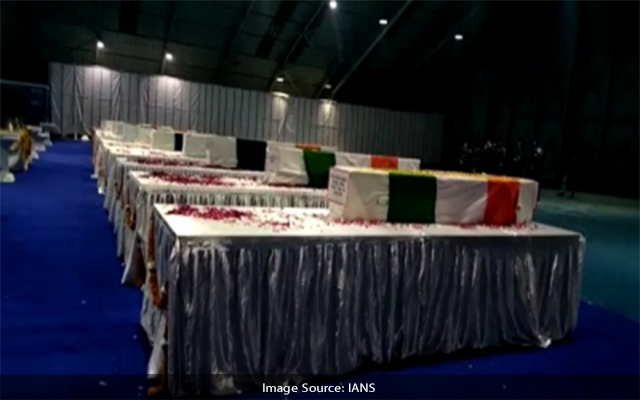 New Delhi: The mortal remains of Chief of Defence Staff General Bipin Rawat, his wife Madhulika Rawat and 11 other armed forces personnel, who lost their lives in the tragic chopper crash near Coonoor in Tamil Nadu on Wednesday, were brought to the Palam airport here at 7:46 pm on Thursday December 9.

Prime Minister Narendra Modi, Defence Minister Rajnath Singh and senior dignitaries are expected to pay homage to the country’s first Chief of Defence Staff, and the other deceased persons.

The force said that positive identification of only three mortal remains — Gen Rawat, Madhulika Rawat and Brig L.S. Lidder — has been possible as of now, and their mortal remains will be released to the next of kin for final rites as desired by the respective families.

Close family members of all the deceased personnel have arrived at Delhi. All necessary assistance and support are being provided by Indian Army.

Appropriate military funerals of all the deceased are being planned and coordinated in close consultation with the close family members.

The condition of Group Captain Varun Singh, who survived the crash, is still critical. He has been moved to to the Command Hospital in Bengaluru for further treatment.