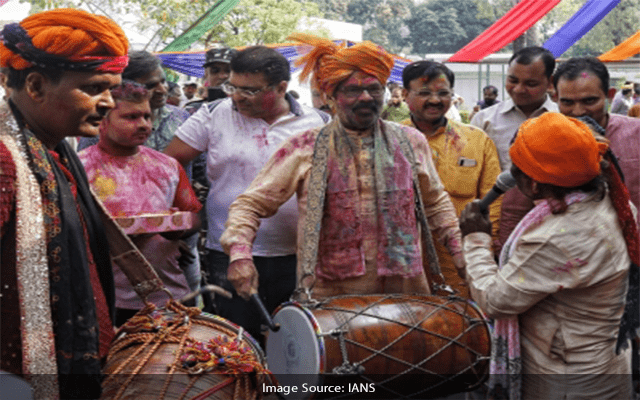 Hundreds of party workers and office-bearers of party unit in the national capital went to Nadda’s residence to celebrate. Earlier, wishing people Nadda tweeted, “May the colours of Holi bring happiness and prosperity in your life. With this wish, I wish all the countrymen a very happy festival of colours.”

Union ministers Ranath Singh, Mukhtar Abbas Naqvi celebrated the festival of colours with supporters and party colleagues at their official residences in Delhi. Naqvi even tried his hands on ‘dhol’.

“Greetings on the special occasion of Holi. It is a festival associated with colours, positivity, vibrancy, happiness and harmony,” Singh tweeted wishing people.

BJP Lok Sabha members from Delhi, Manoh Tiwari and Parvesh Verma also celebrated with party workers and people from their constituencies. Verma and Tiwari celebrated Holi with people at their official residence with full enthusiasm.