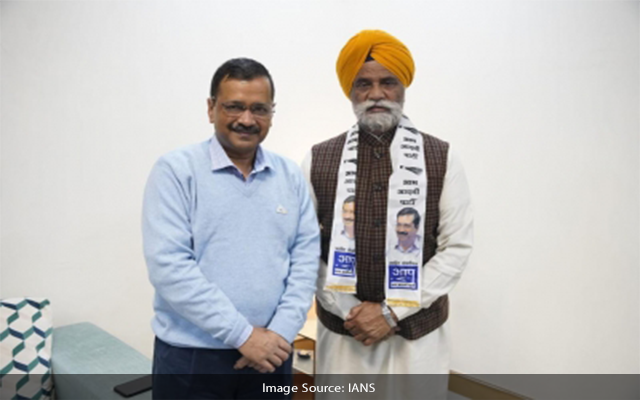 New Delhi: Ahead of the Punjab Assembly polls, former cabinet minister and three-time MLA Joginder Singh Mann on Saturday January 15 severed his 50-year association with the Congress and joined the AAP.

Mann joined the AAP in the presence of party convenor Arvind Kejriwal. Mann served as Minister in the cabinets of Beant Singh, Rajinder Kaur Bhattal and Amarinder Singh.

AAP leader and the party’s Punjab in-charge for the polls Raghav Chadha said that the party will be strengthened with Mann’s induction.

Chadha also shared a pic showing Mann’s induction into the AAP in the presence of Kejriwal.

Mann, who is a SC leader, was miffed with the Congress over inaction against the accused in the alleged post-matric SC scholarship scam worth crores of rupees and non-grant of district status to Phagwara.

In a letter to Congress president Sonia Gandhi, Mann said, “I was three-time MLA from Phagwara. I never wanted to leave the Congress. But the Congress is patronising the accused of the scam. My conscience does not allow me to continue in the party.”

Polling for Punjab’s 117 assembly seats will be held on February 14 and the results will be declared on March 10.

The Congress is yet to announce candidates for the polls while the AAP has declared the names of more than 100 candidates.