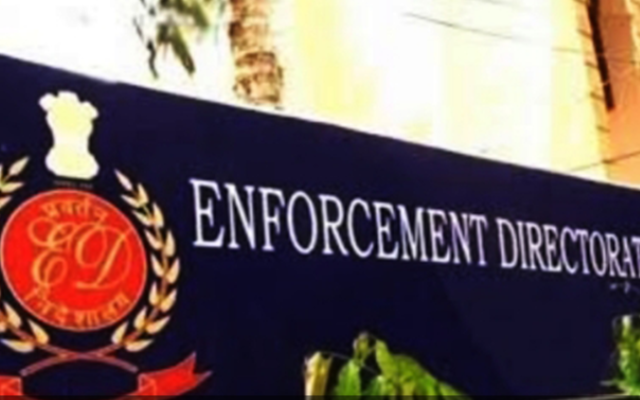 New Delhi: The Enforcement Directorate (ED) on Tuesday March 29 said that they have attached movable and immovable properties worth Rs 7.54 crore belonging to R. Selvaraj and his family members in connection with a Prevention of Money Laundering case pertaining to Red Sanders smuggling case.

The total Proceeds of Crime acquired by the accused in this case is Rs 2.74 crore.

The ED initiated money laundering investigation on the basis of the FIR and charge sheet filed by the Andhra Pradesh Police and Commissionerate of Customs, Chennai.

Selvaraj was also detained under COFEPOSA and had been charged with sections 135, 132 of Customs Act and Wildlife Protection Act, Biodiversity Act, and Arms Act.

The ED learnt in the investigation that Selvaraj had been a habitual offender indulging in unlawful activities related to smuggling of red sanders, sandalwood and earned proceeds of crime.

The ED has attached properties worth Rs 2.74 crore. Present market value of these assets is 7.54 crore. Further investigation in the matter is underway.